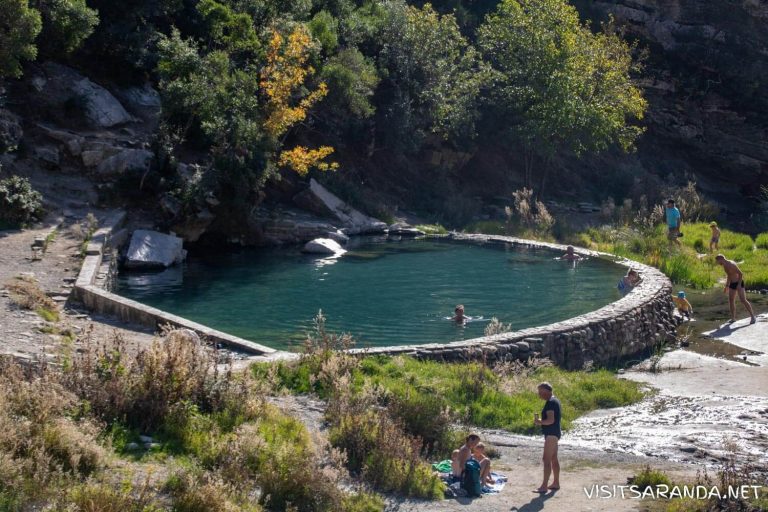 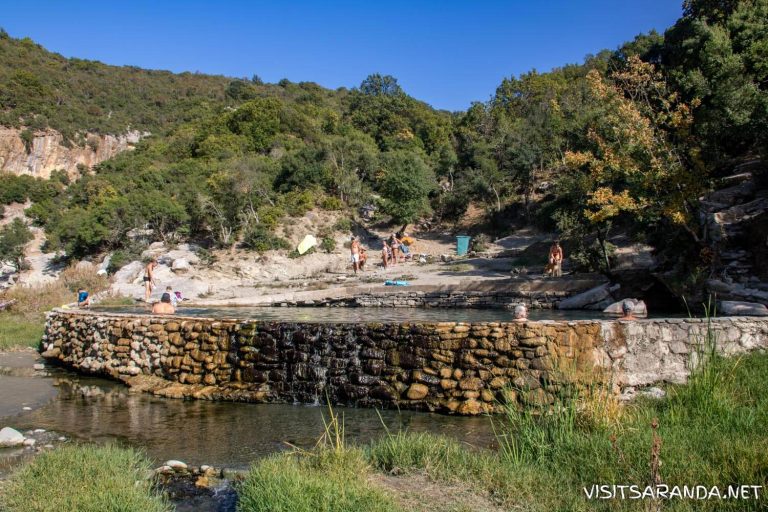 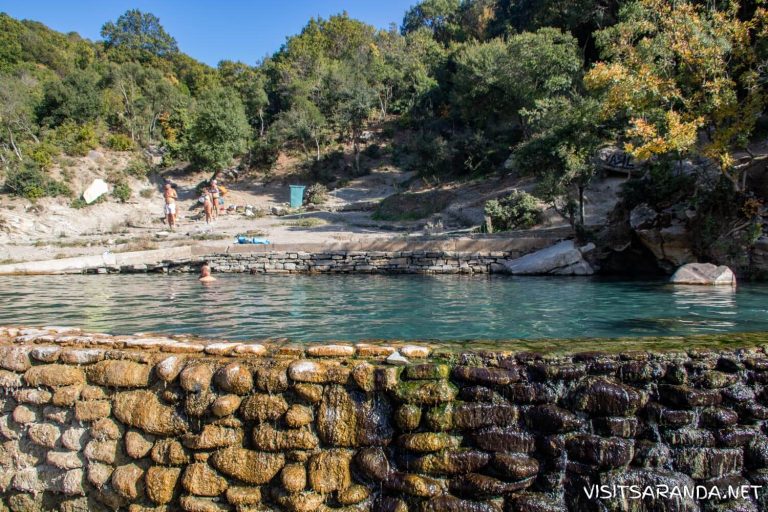 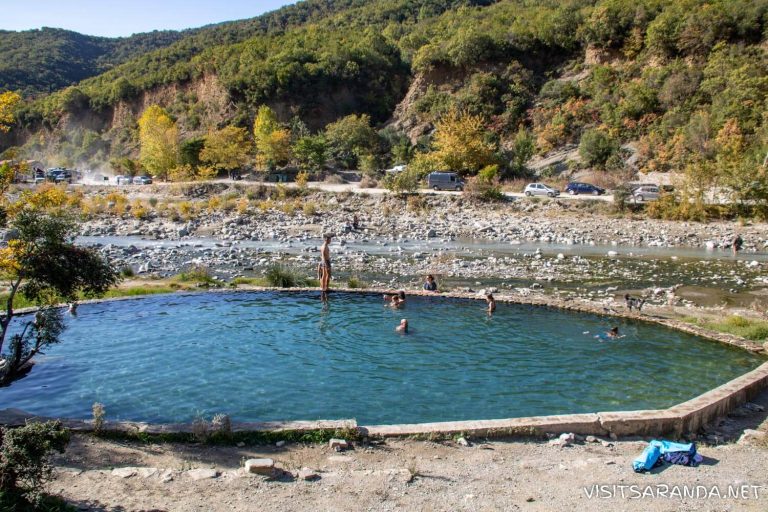 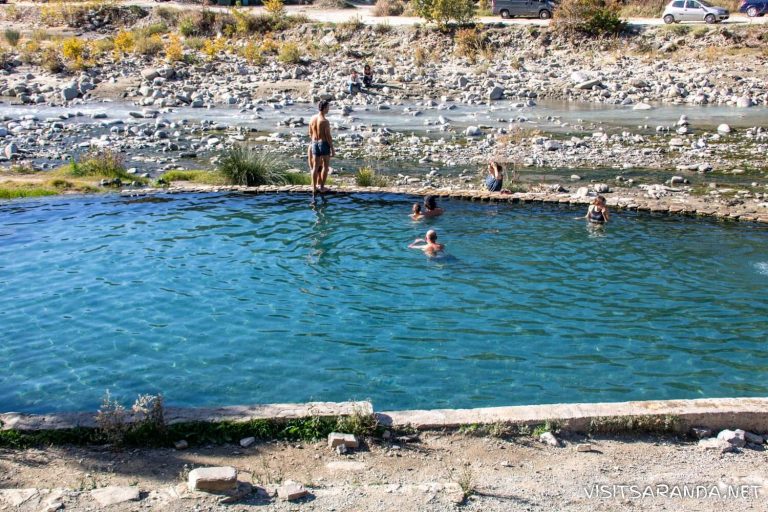 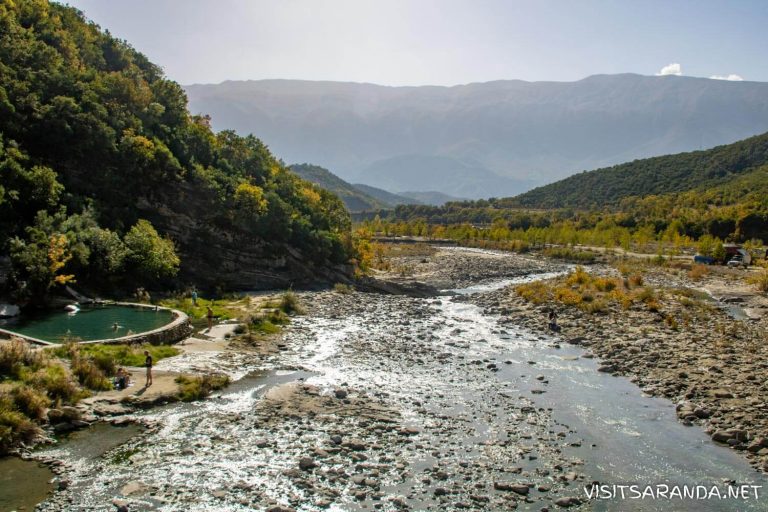 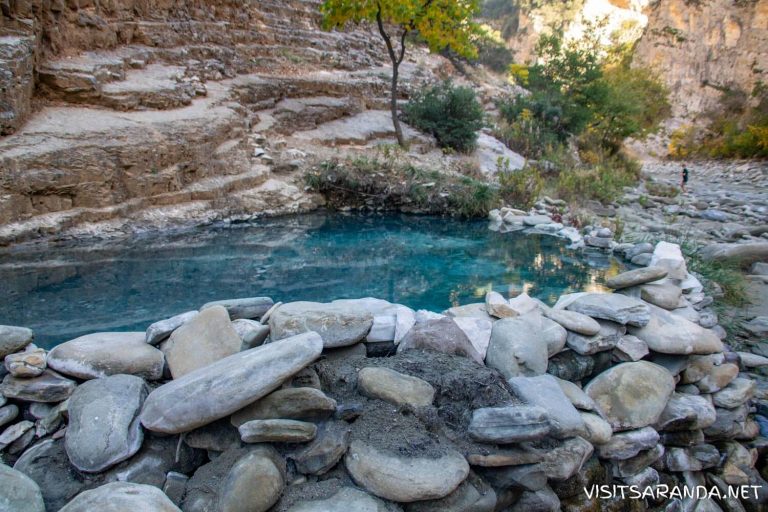 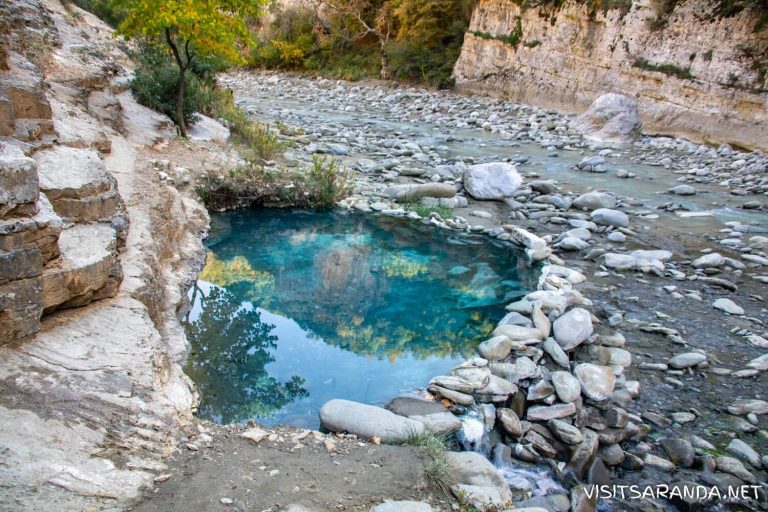 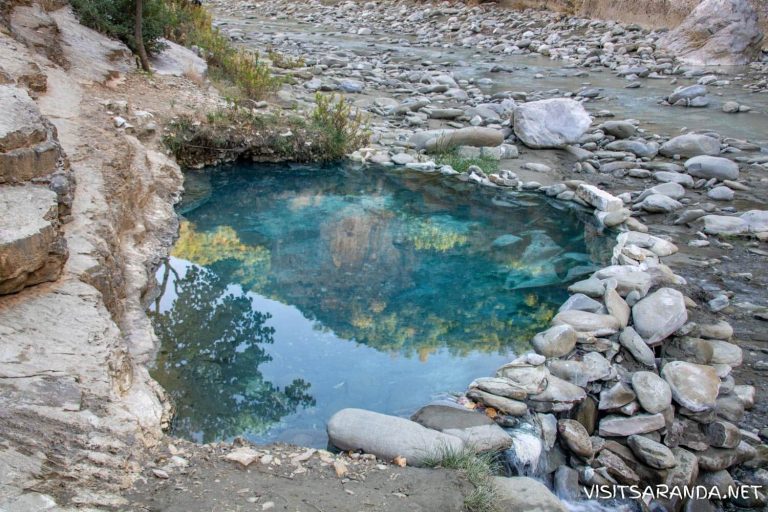 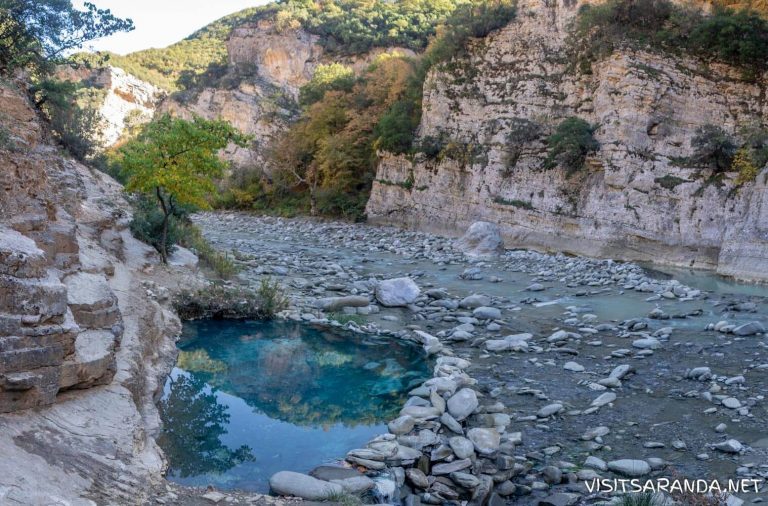 About The Benja Thermal Baths

The thermal waters of Benja (Bënjë) are natural sulfur springs with water rising up through deep tectonic cracks. In total there are 6 springs with each having water following a natural way up into a stone bath. You can find these thermal baths on both sides alongside the Lengarica Canyon. The biggest and most famous bath is next to the iconic Kadiut Bridge at the start of the Lengarica Canyon, so obviously, this is also the busiest one. You can find the other, smaller baths further up in the canyon.

The water comes up at a varying flow rate of between 8 to 40 liters per second and has a temperature of 22-28°C. In reality, the pools themselves are not really hot, but rather lukewarm. The springs are of the chloro-sodium-calcium type and contain lots of minerals. Each spring has different therapeutic properties for the treatment of skin, stomach, kidney, and rheumatic diseases. The water also contains sulfur, giving it a bit of a stinky smell, which is typical for geothermal springs.

How To Get To The Benja Thermal Baths

There is no public transport to the Benja Thermal Baths so you need a car or book a tour to get there. From Saranda it takes about 2 hours to get there, so you could visit Bënjë on a day trip, but it’s also nice to stay the night in Përmet to have more time to enjoy the beautiful area. Përmet can also be reached by bus, and from there the thermal baths are 13 kilometers away, for which you can also arrange a taxi.

Facilities At The Benja Thermal Baths

During the summer season there are several stalls with street vendors selling drinks, snacks and souvenirs, but there are no permanent facilities at Benja. So during the off-season so we recommend to bring your own supplies for lunch and drinks. 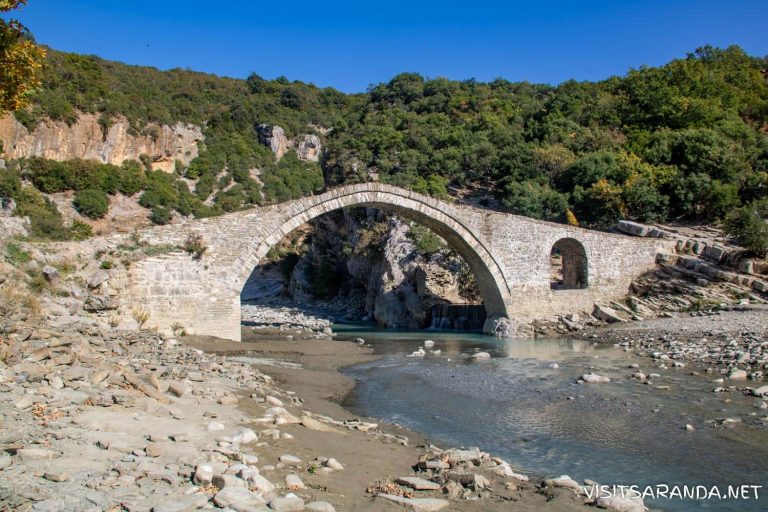 Përmet
From Saranda: 55.26 km
The Kadiut Bridge is an old Ottoman stone footbridge over the Lengarica River near Përmet. The bridge was built in Read more...
Towns & Villages 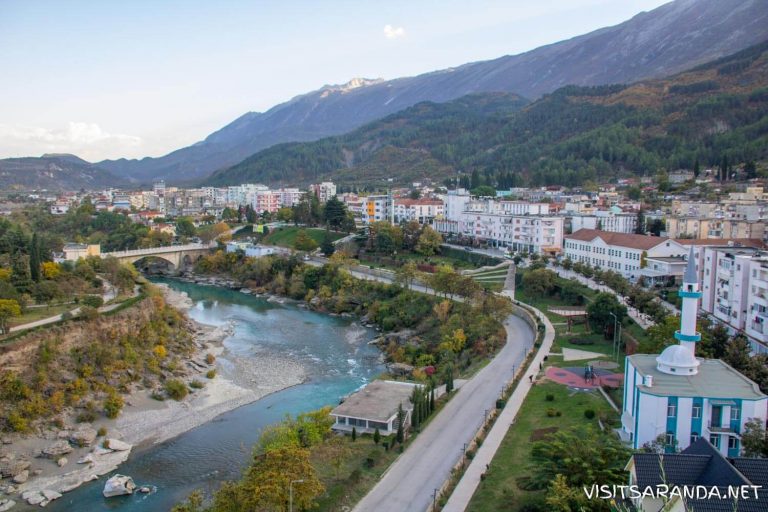 Përmet
From Saranda: 50.06 km
About Përmet Përmet is a town in one of the greenest and most beautiful areas in the south of Albania, Read more...
Religious Sites 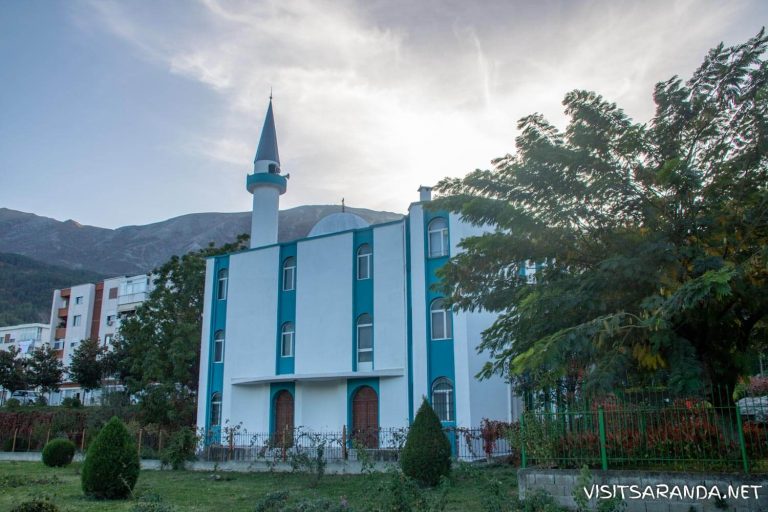 Përmet
From Saranda: 50.21 km
Xhamia Përmet is a mosque in Përmet, Gjirokastra County. The mosque is located on the Vjosa River front, close to Read more...
View all