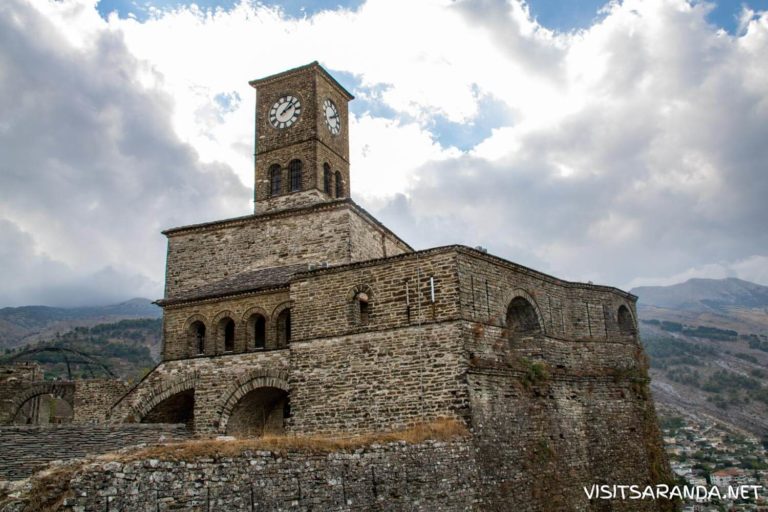 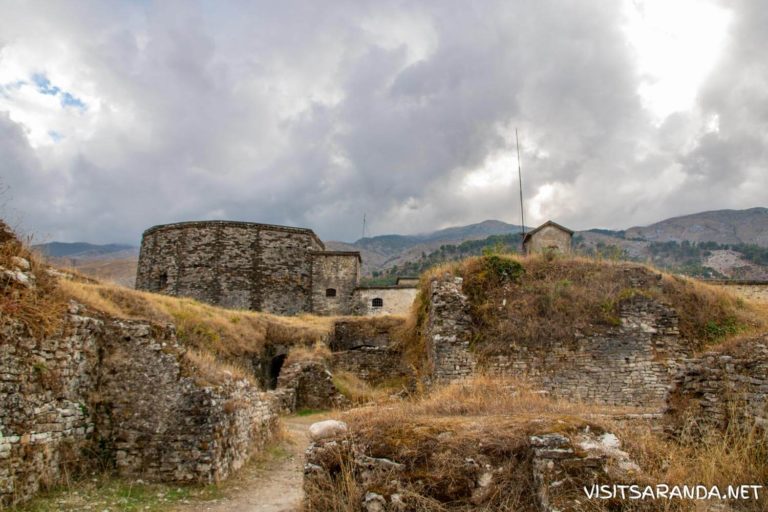 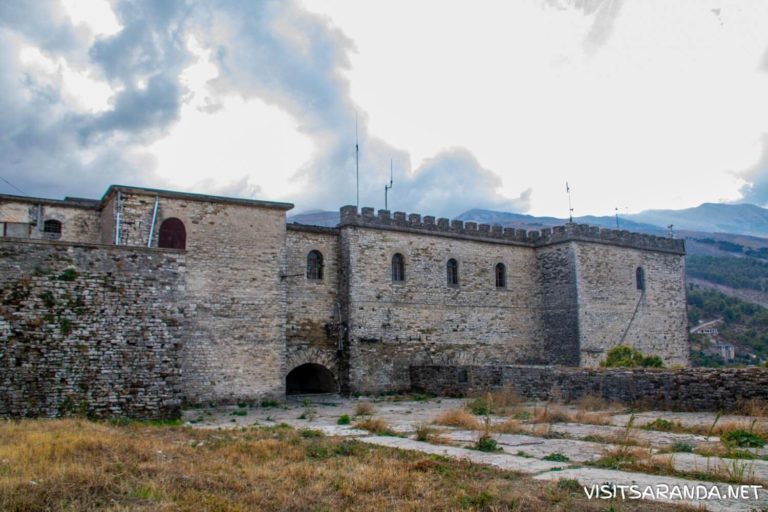 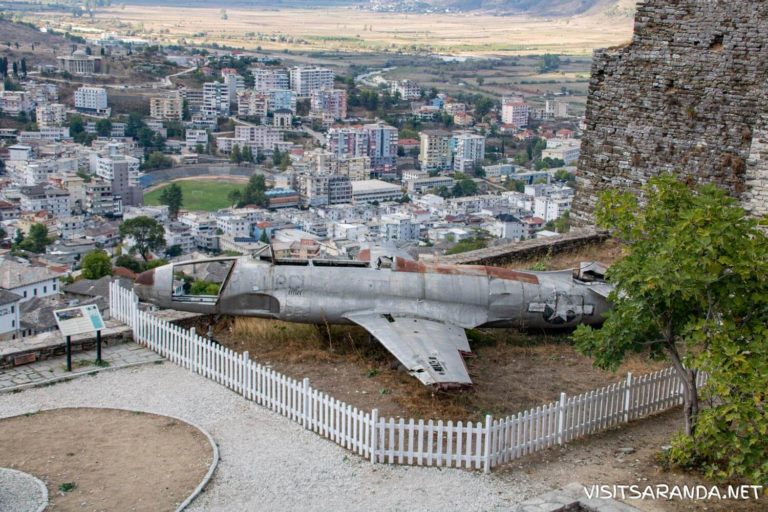 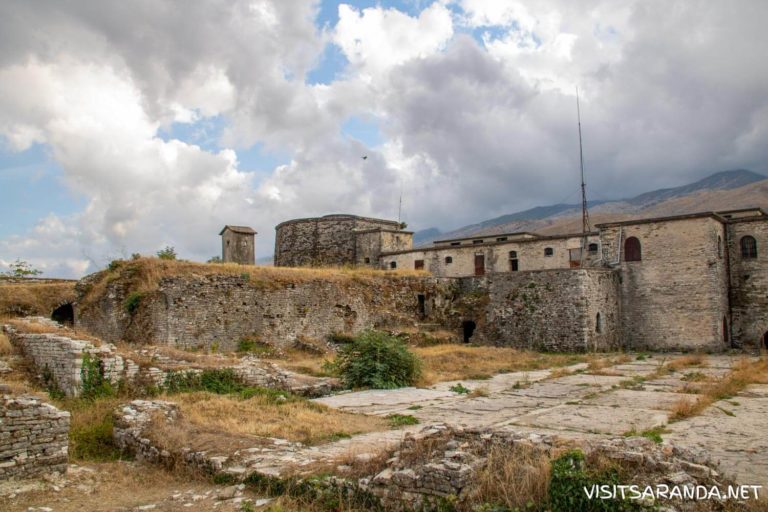 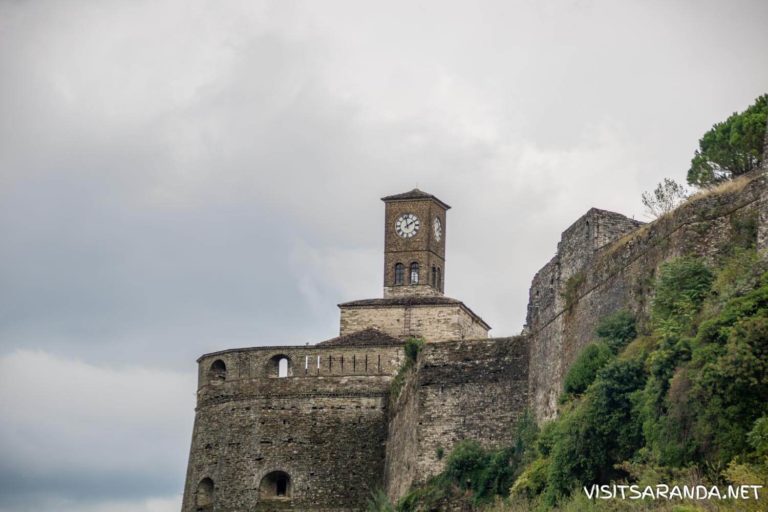 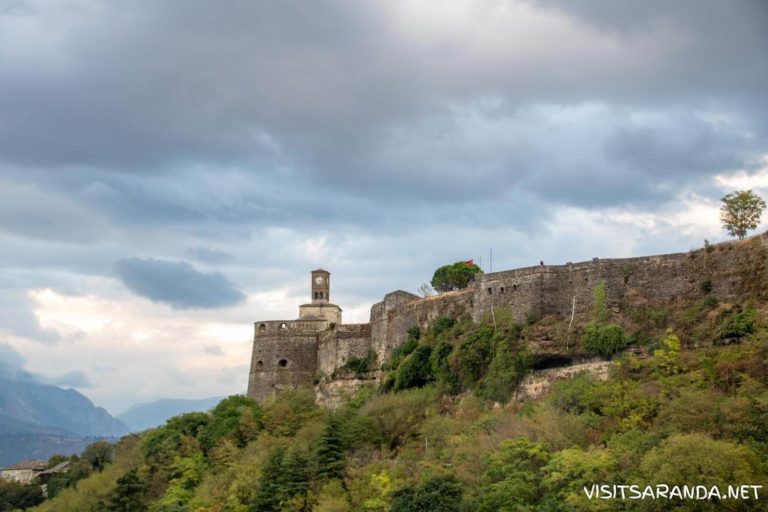 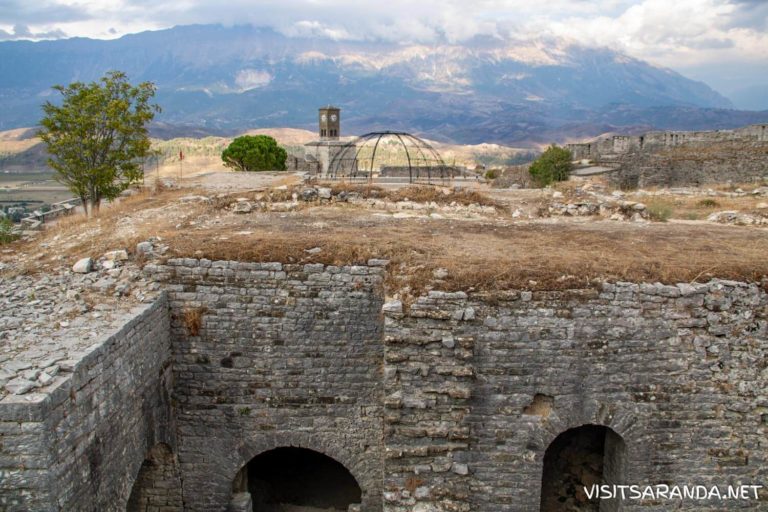 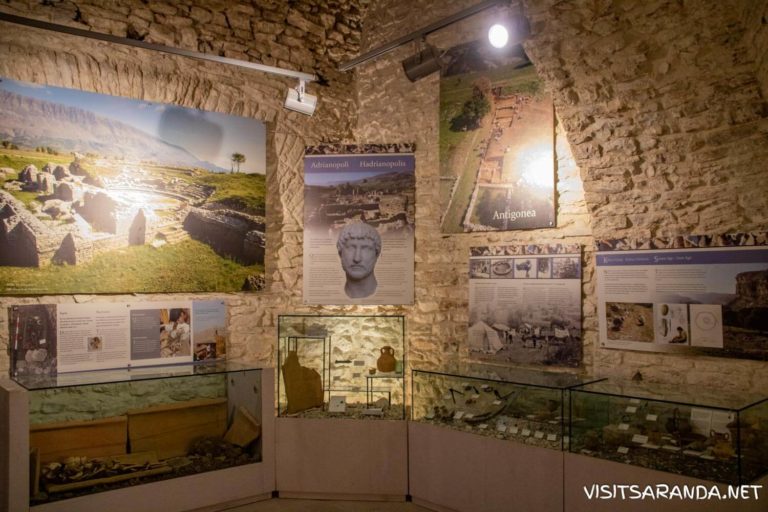 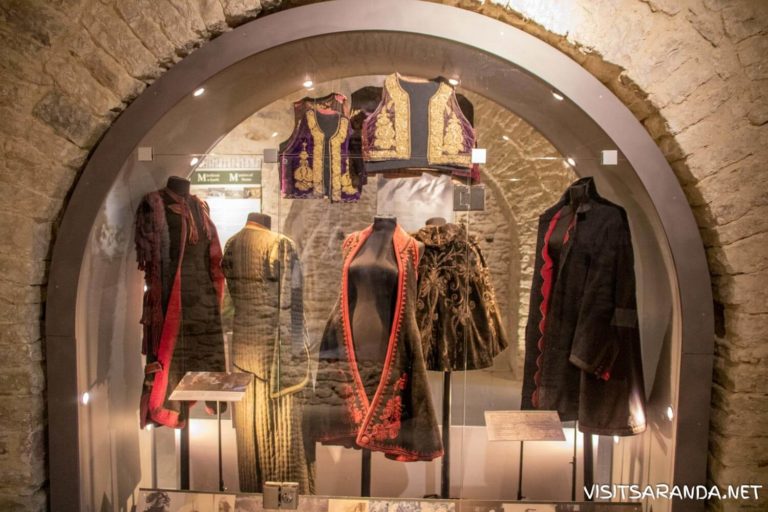 Gjirokastra Castle (Kalaja e Gjirokastrës) is a massive landmark rising on the hilltop above the city of Gjirokastra, and is the second largest fortification in the entire Balkan region. The castle overlooks the city and the beautiful Drino Valley with impressive mountain ranges on all sides. The castle is a protected monument and the most visited site of Gjirokastra, which is a UNESCO World Heritage site.

Later in 1419 the castle came in Ottoman hands and soldiers used the castle as a shelter. Under the rule of Ali Pasha the castle was reconstructed and extended to its current size and the iconic clock tower was added. During the communist times the castle was used as a prison but later turned into the museum and heritage site it now is.

What To See At Gjirokastra Castle

The fortress is not only impressive itself, but actually contains some musums and individual sights worth mentioning.

When you enter the castle and turn right you see a small building tucked into the wall next to a patio. Inside are the remains of two Bektashi Babas.

When you walk back past the entrance you end up in the catacombs of the castle with a long gallery displaying various pieces of artillery. The objects are all memories from World War II and contain artillery that was either abandoned or captured from the Italian and German forces and include cannons and a tank. 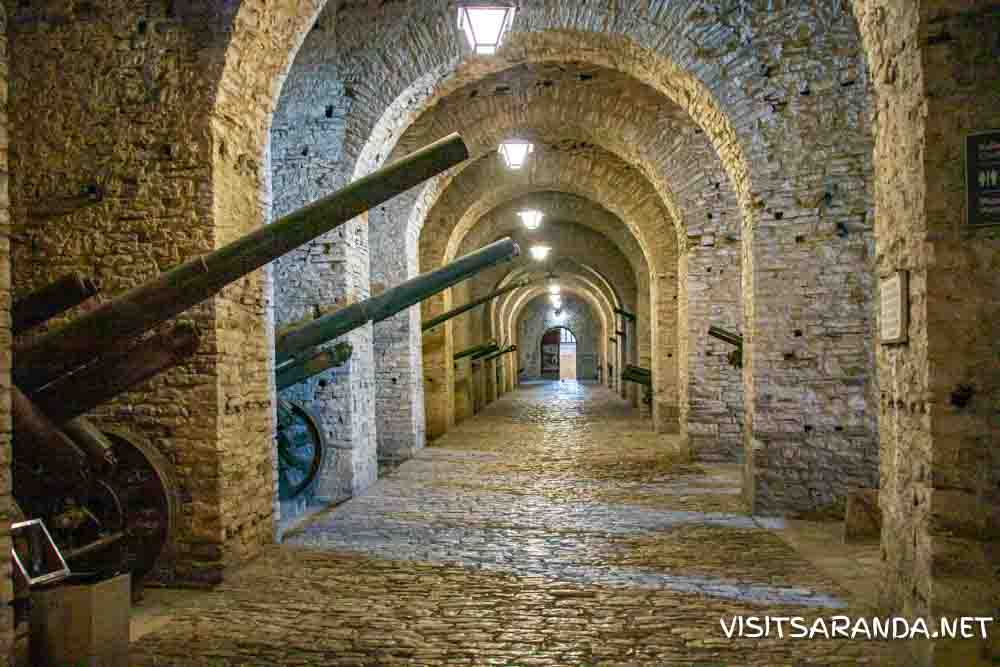 At the end of the gallery there is the entrance to the Gjirokastra Museum which displayes historical and archaeological objects alongside an explanation of the history of Gjirokastra and the wider region. There is also an armaments gallery and a former prison, which was used extensively to house political prisoners during the communist regime. 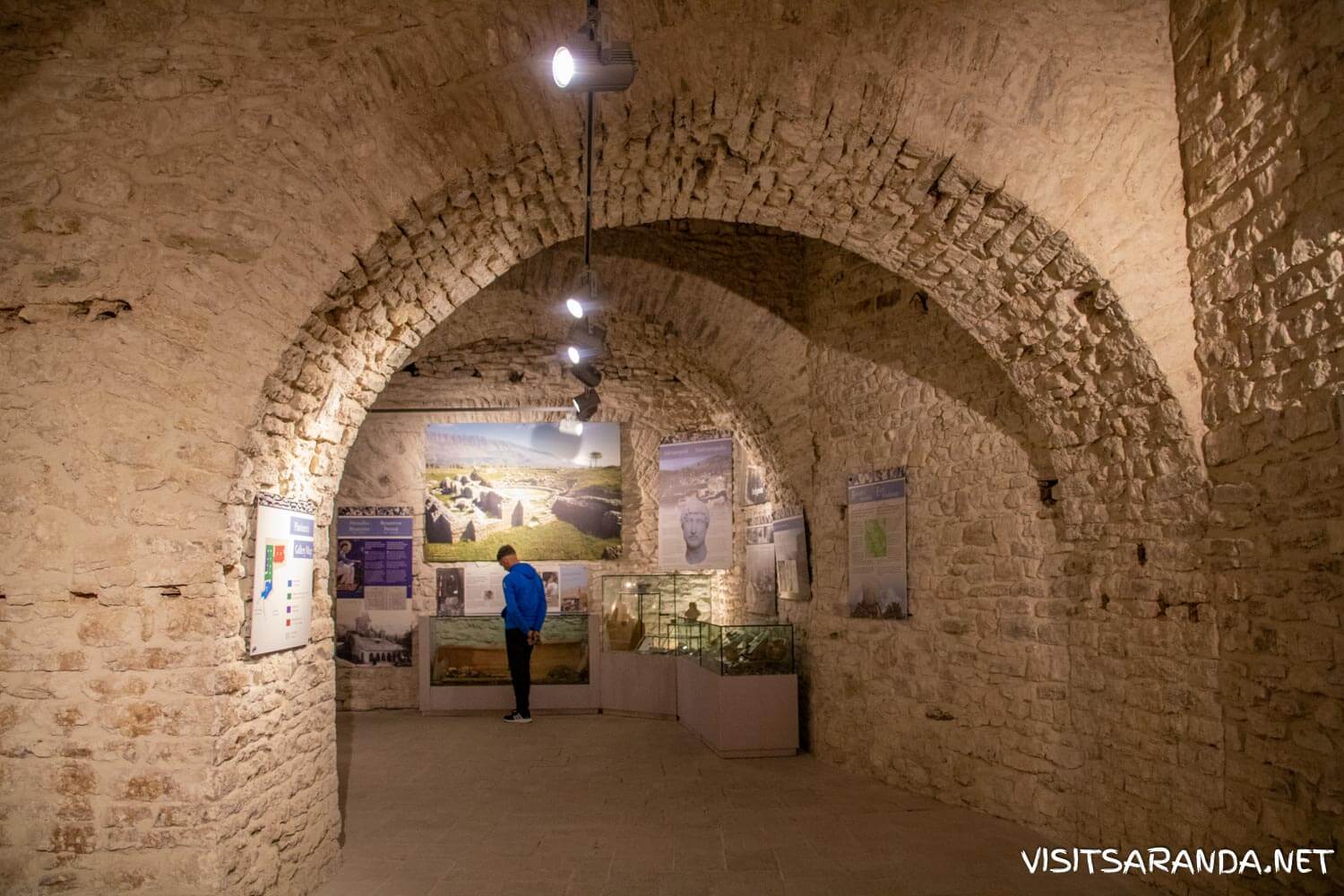 On the top of the castle you will see an old U.S. military airplane, a Lockheed T-33 Shooting Star, on display. In 1957 the plane landed at Tirana Airport and after the pilot returned to the U.S. the plane was left behind. In 1970 it was brought to the castle to be displayed as part of the Arms Museum. At the time though, two different versions of the story were circulating: the Americans claimed that the pilot made an emergency landing due to being low on fuel under bad weather conditions, while the Albanian version contained an interception by the Albanian army, forcing the landing of what they called a ‘spy plane’. 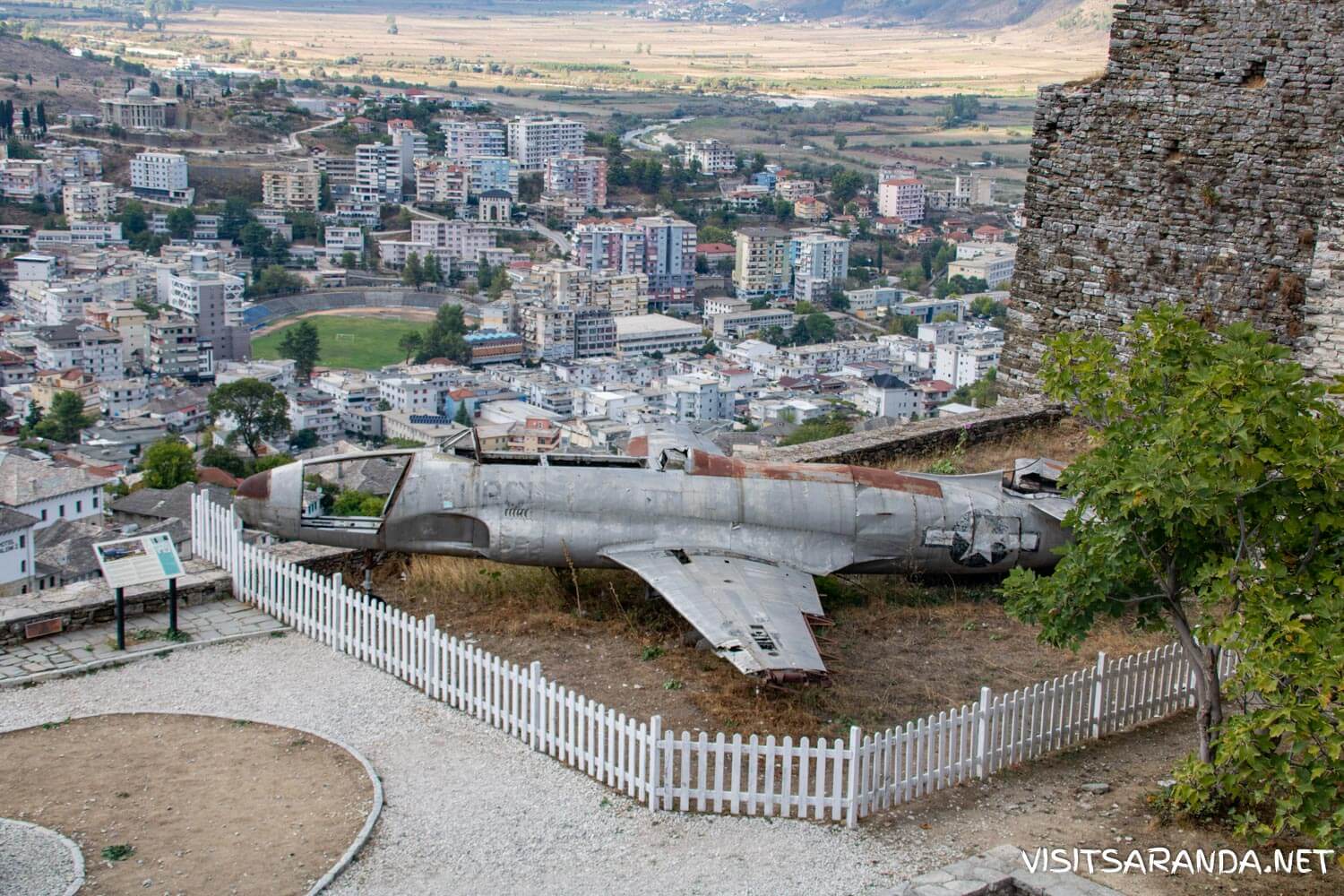 Further up on the deck of the castle there is a festival stage, which was built in the 1980s. The stage is used for music and dance performances during the Gjirokastra Folk Festival, which takes place every few years. 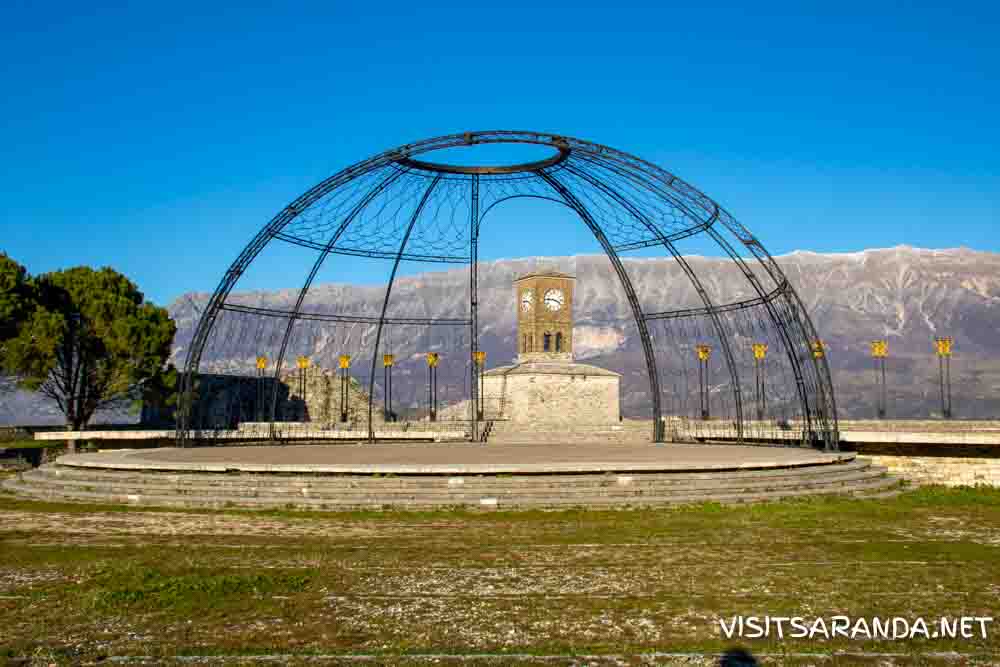 The clock tower was added to the castle by Ali Pasha in the 19th century to display the time so the people could determine the time of the five daily prayers. The clock tower is probably the most eye-catching part of the castle, as it really stands out over the city on the corner of the castle and can be seen from almost anywhere. 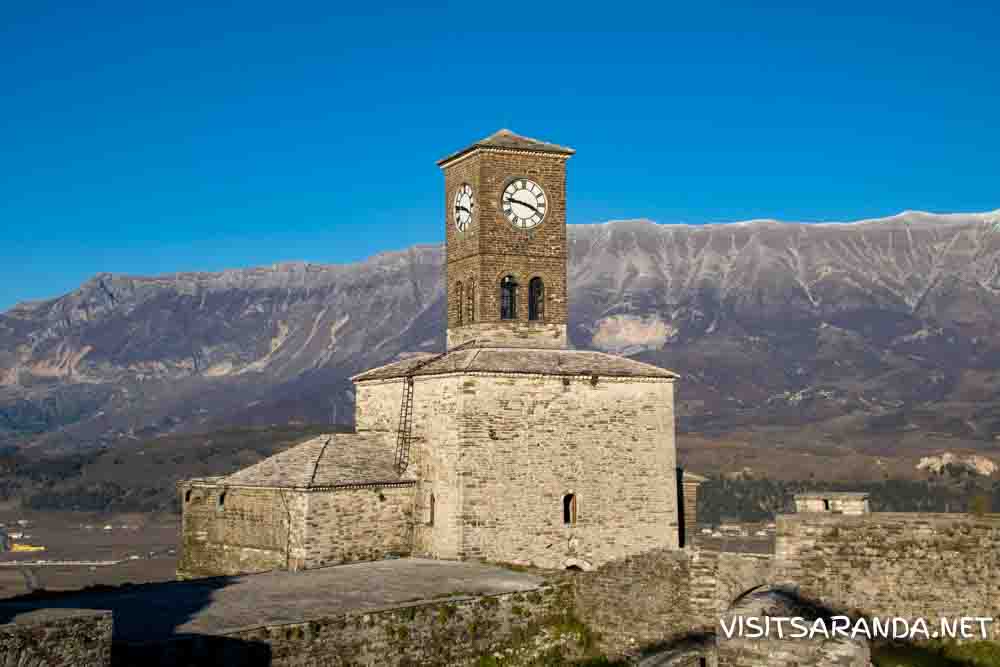 Under the castle is a network of tunnels and bunkers that were built during the communist times. The entrance and ticket office are seperate from the castle, so more info about this here: Cold War Tunnel

Views From The Castle

Lastly, don’t forget the enjoy the amazing views over Gjirokastra and the valley of the Drino River and the surrounding mountains. It is definitely one of the most breathtaking views you can have in Albania! 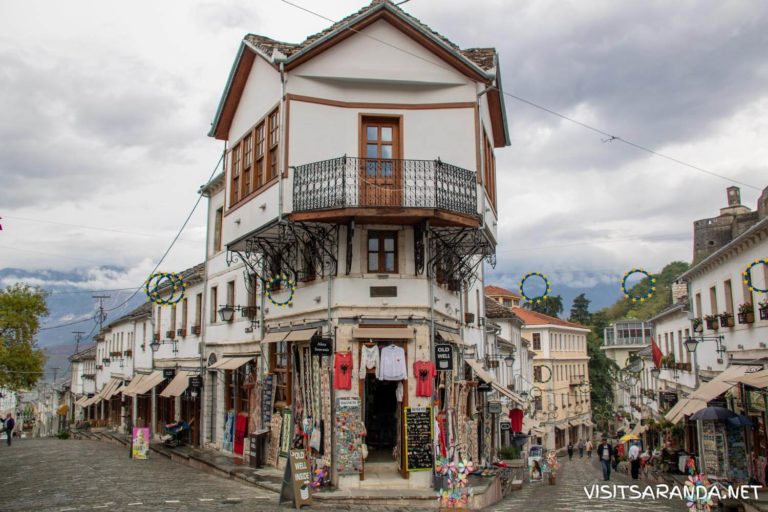 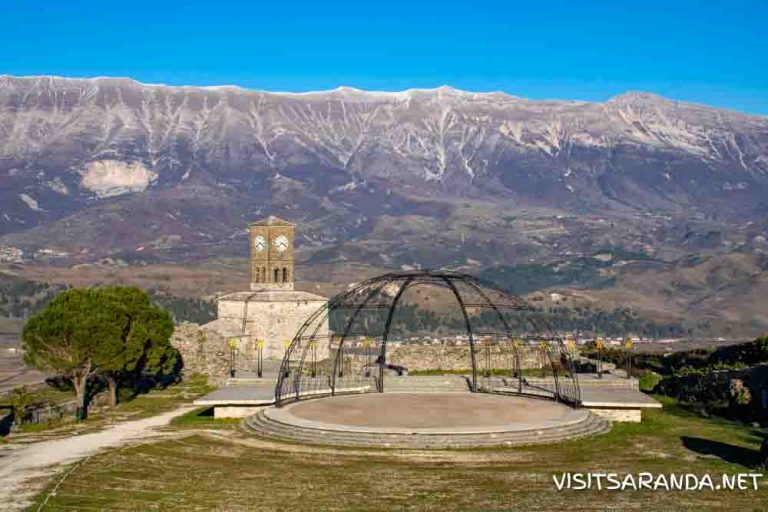 Gjirokastra
From Saranda: 25.34 km
The Complete Guide To Gjirokastra Gjirokastra is an ancient town, located about 55 kilometers from Saranda, making it a great Read more...
Museums 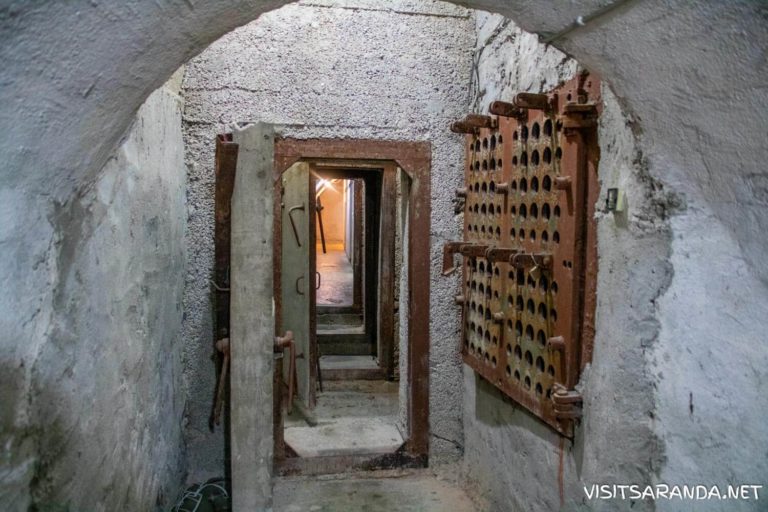