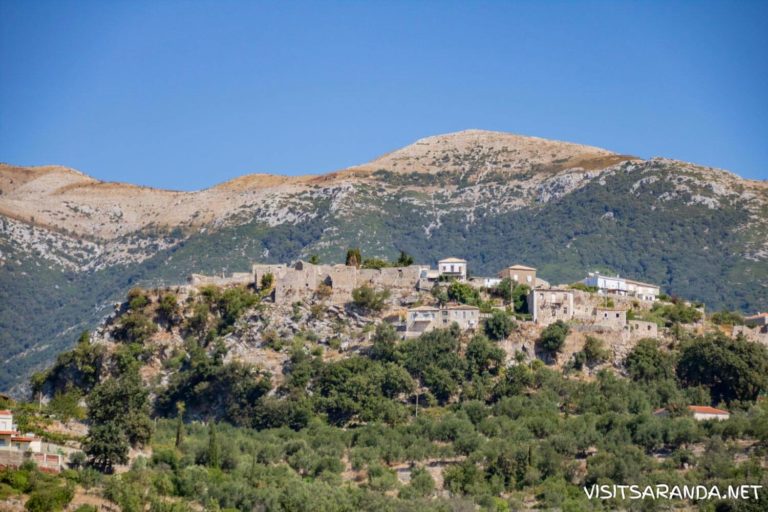 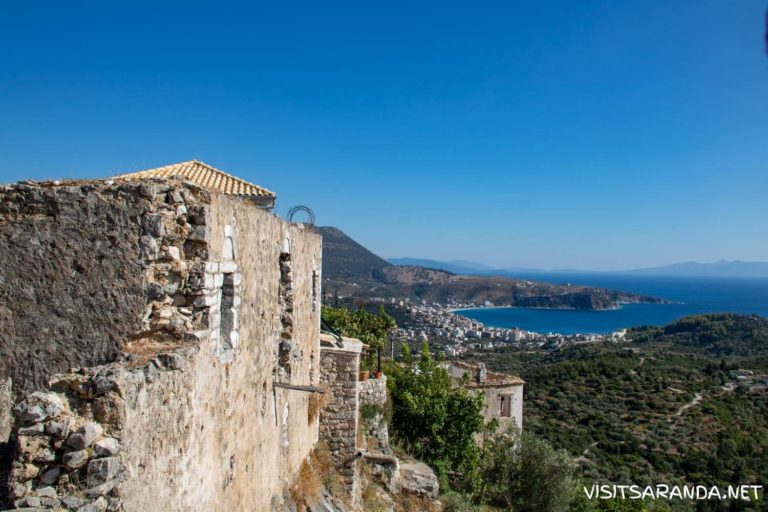 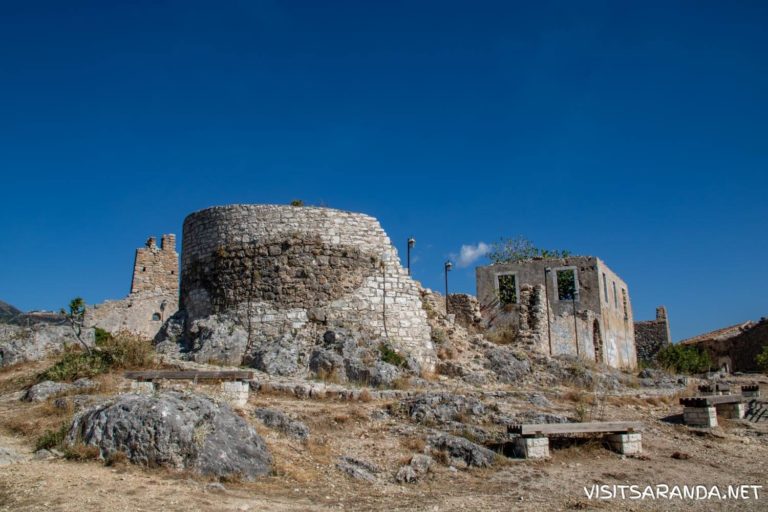 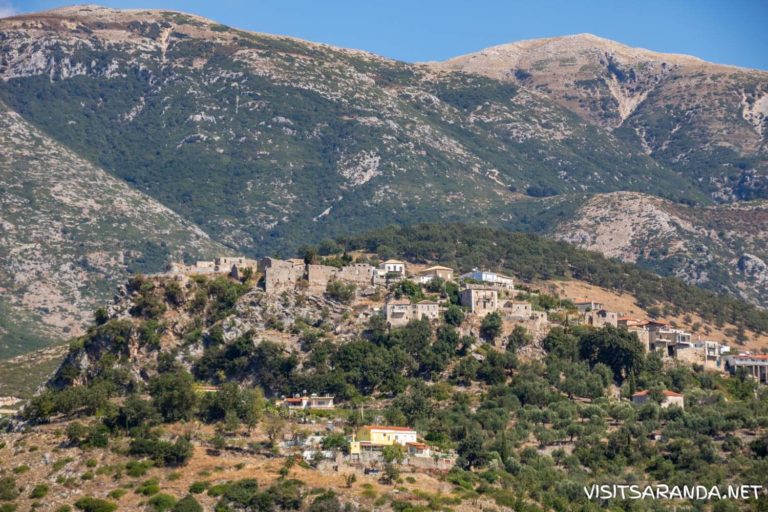 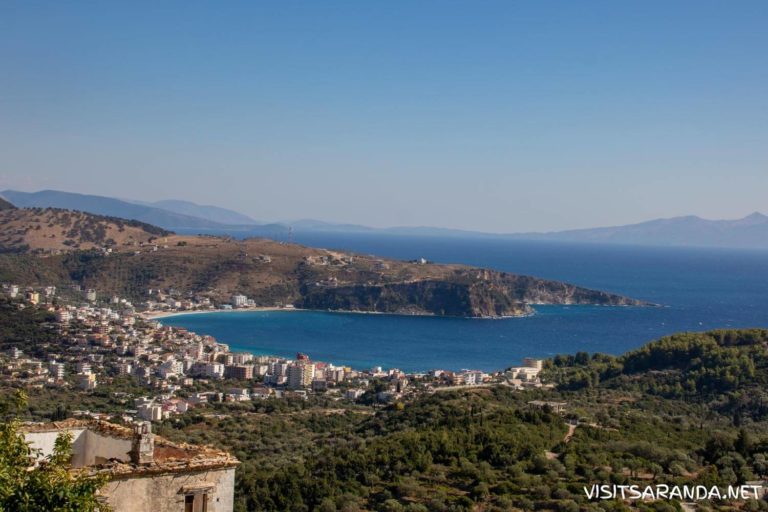 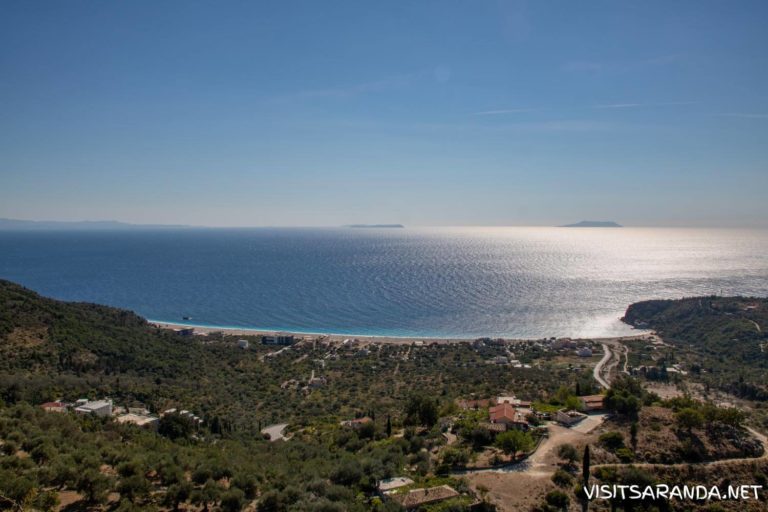 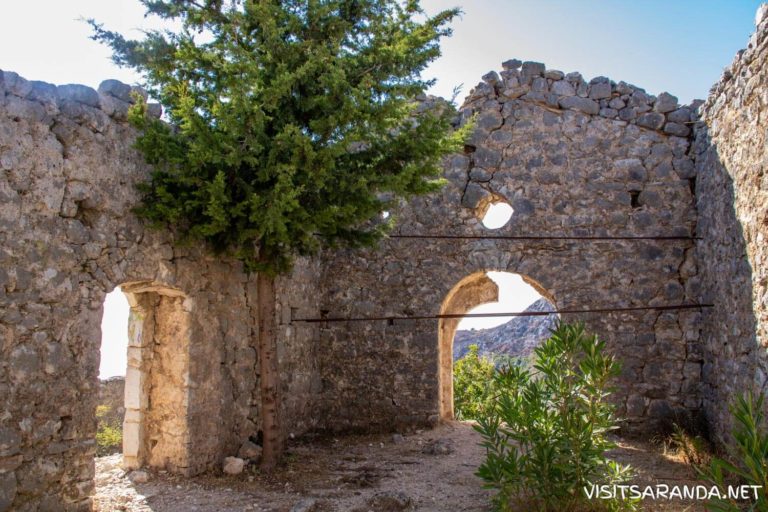 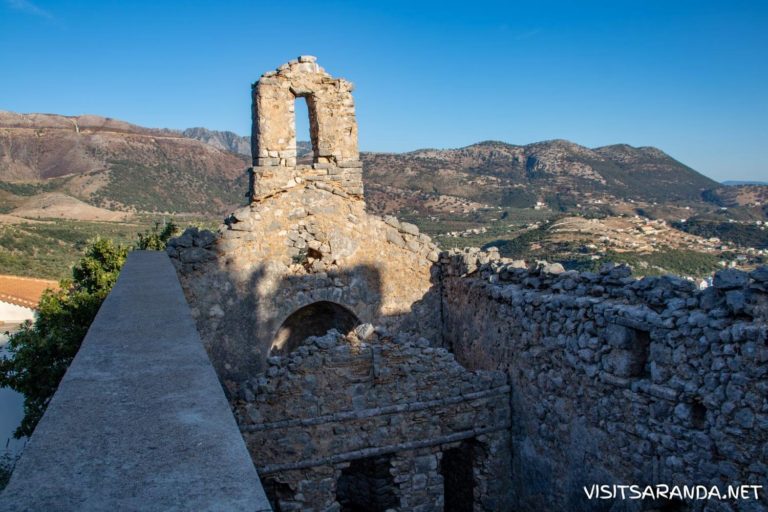 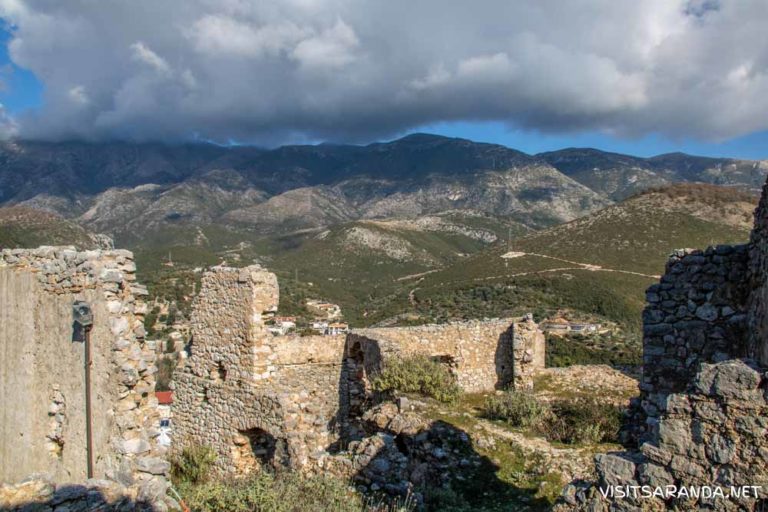 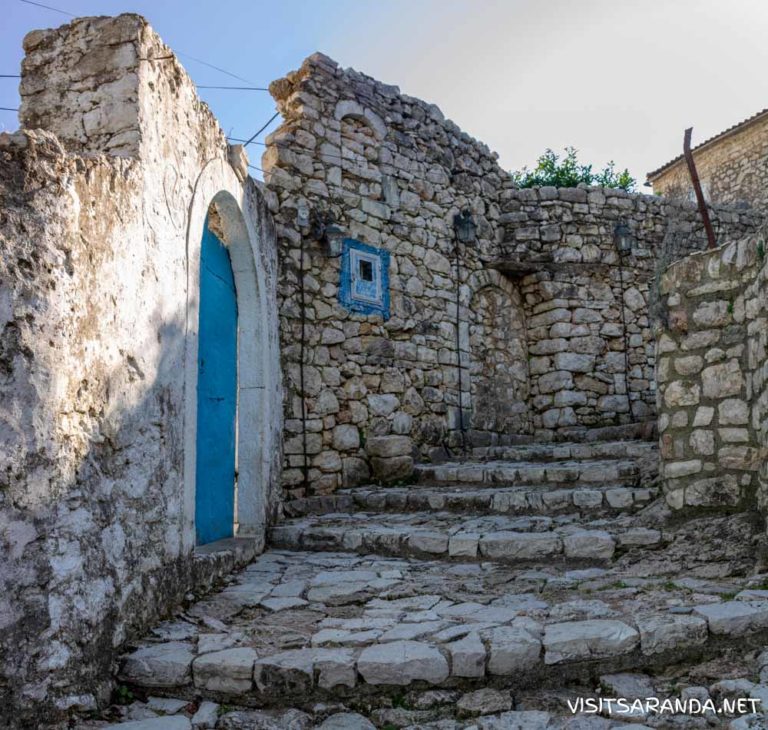 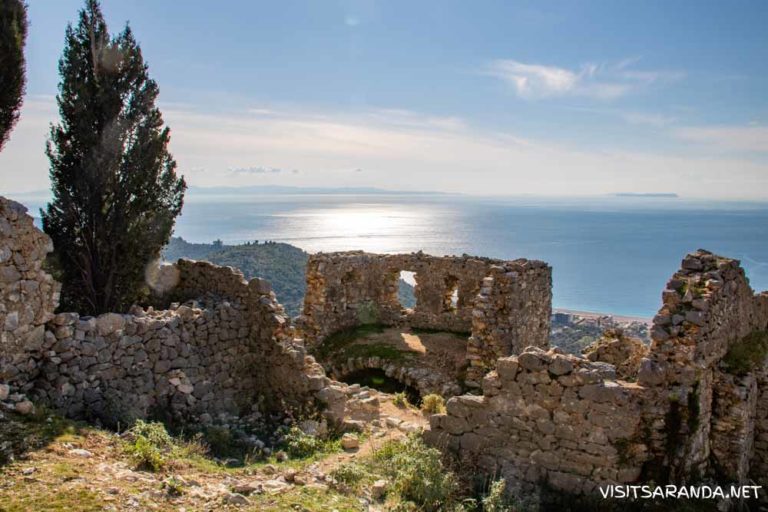 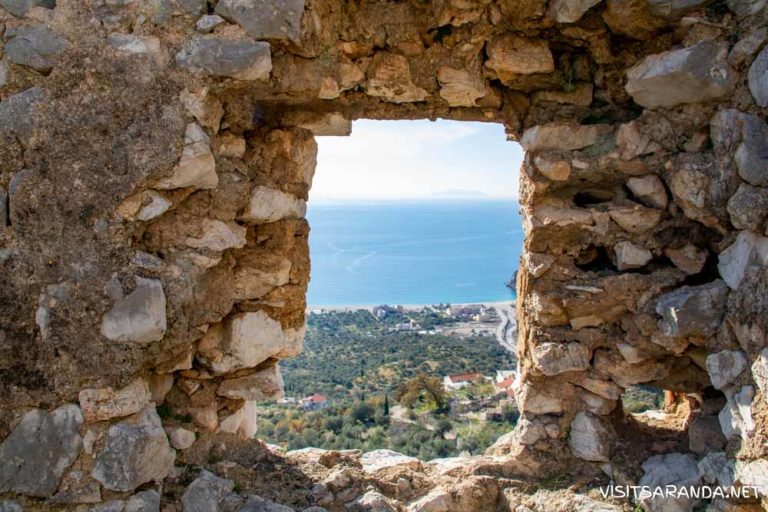 Himara Castle (also referred to as Babakus) is the historic old town of Himara (Himara Fshat), located about 2.5 kilometers north of the center of the modern town of Himara and about 1 kilometer from the shore of the Ionian coast. The cultural monument dates back 3,500 years, when the Greek tribe of the Chaonians inhabited the area. The settlement became fortified from the 8th century BC and was first mentioned in writing by the Roman author Pliny in the first century. He wrote “On the Coast of Epirus, on the Ceraunian Mountains, is the Castle of Himara. Below the fountain of the royal water.”

The small town became a powerful stronghold during the middle ages and byzantine times but also changed hands several times over the centuries. Several destructions and restorations occured over time and several houses and some churches were added as well. In the 8th century the castle became the center of the Bishophric of Himara. The castle was inhabited until the 16th century, when it started to be abandoned in favor of the area downhill near the Port of Himara.

What To See At Himara Castle

Himara Castle largely consists of a network of small cobbled street between some inhabited and some (partly) ruined, uninhabited houses. Since Himara became more popular among visitors, slowly more of the houses have been renovated and there are now also some nice accommodations and coffee shops with amazing views. Among the ruins of the castle are also some interesting and beautiful churches, including the Church of St. Sergius and Bacchus and the Church of St. Mary Kasopitra. At the foot of the castle, next to the main road SH8 there is also the Greek-orthodox Church Of All Saints.

The rocky hills on which Himara Castle is built are about 240 meters high and offer the most stunning views in all directions. Directly in front to the west you look down on Livadhi Beach and the Ionian Sea, with Corfu and some other smaller islands on the horizon. To the south you look over another the bay and modern part of Himara. On the other sides you have spectacular views over the Visha Canyon and the Kole Midhari Canyon, with the beautiful Ceraunian Mountains in the background.

How To Get To Himara Castle

Himara Castle is located next to the main road SH8 between Himara and Dhermi. From the new town of Himara you have to follow the road for about 2.5 kilometers uphill to the foot of the castle. It’s a long and steep walk so we would recommend to save your energy for strolling around the cobbled street of the old town by going there by car or take a bus or taxi. You can park your car there and there is a small information kiosk at the parking lot. 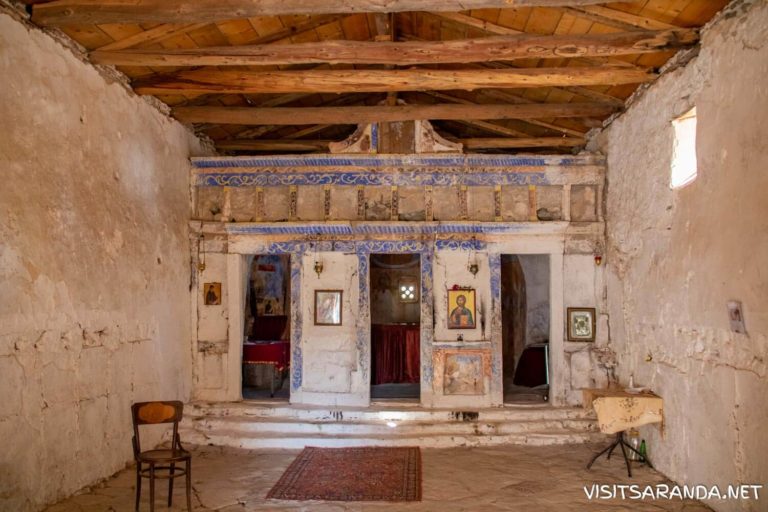 Church Of St. Sergius And Bacchus In Himara 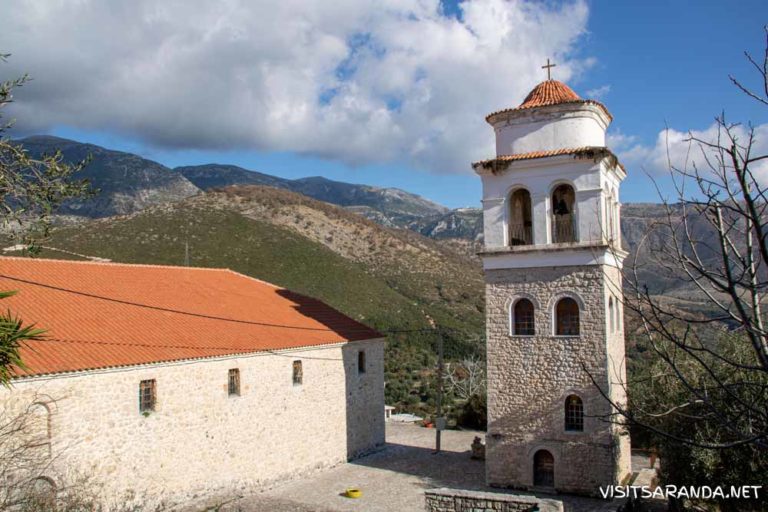 Church Of All Saints In Himara

Himara
From Saranda: 35.69 km
The Church Of All Saints in Himara is an orthodox church located in Himara Fshat, the old part of the Read more...
Religious Sites 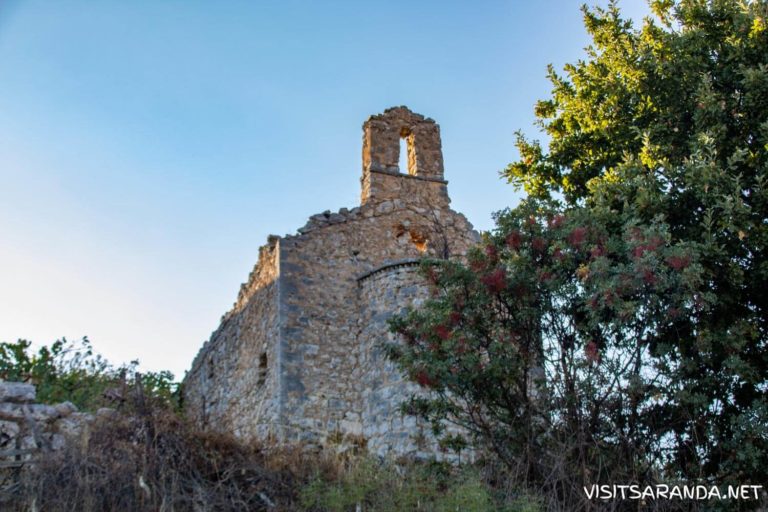 Himara
From Saranda: 35.63 km
About the Church Of St. Mary Kasopitra The Church of Saint Mary Kasopotra (Kisha e Shën Mërisë “Kasopitra”) is an Read more...
View all