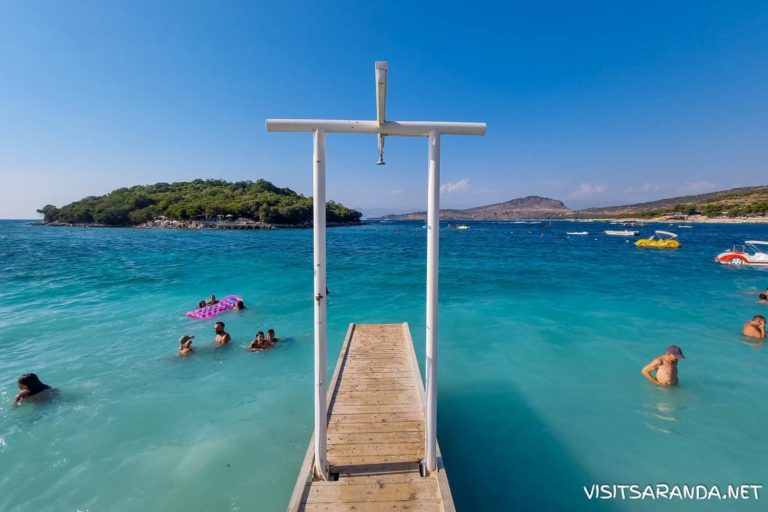 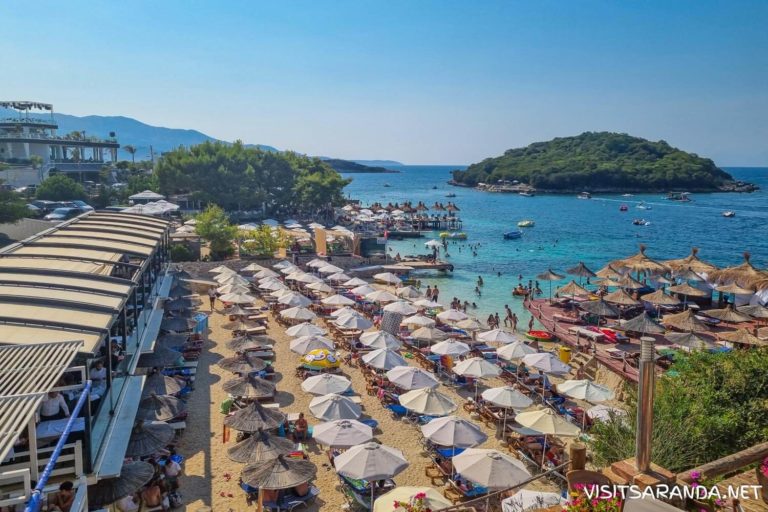 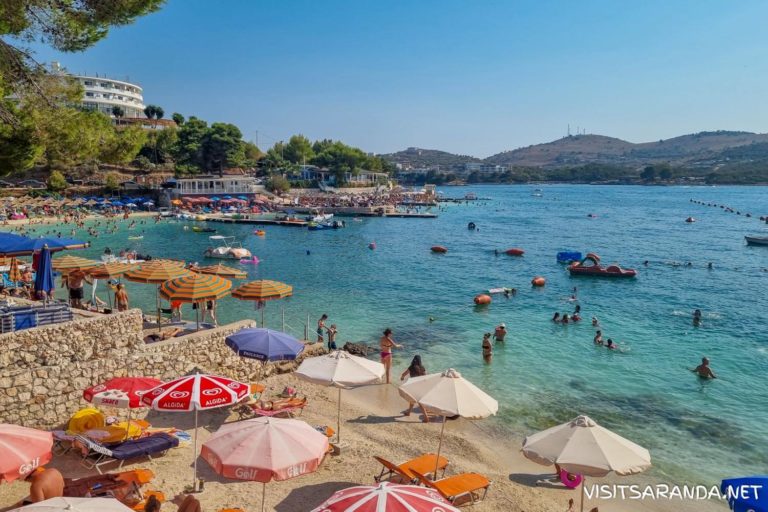 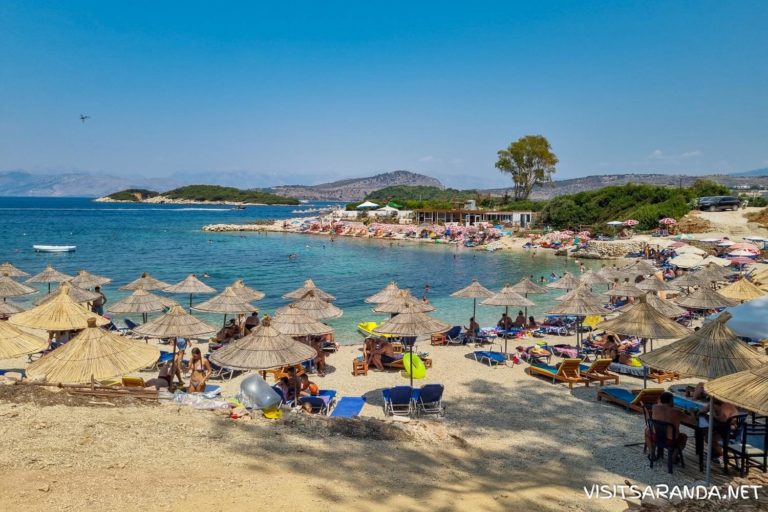 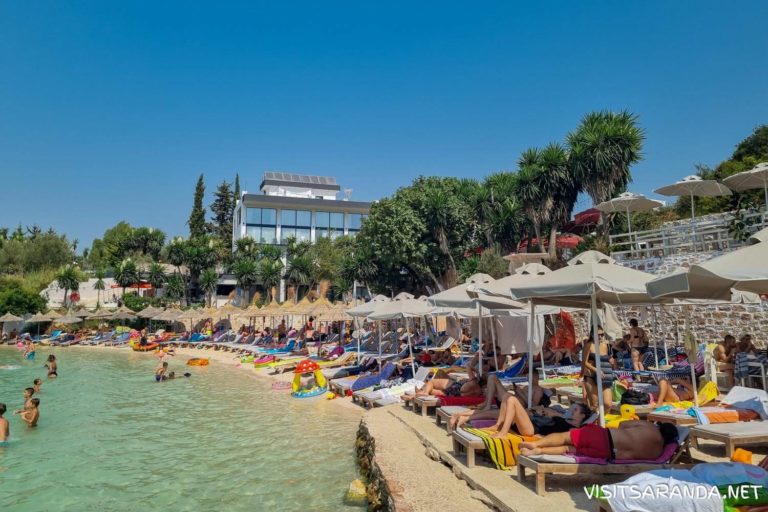 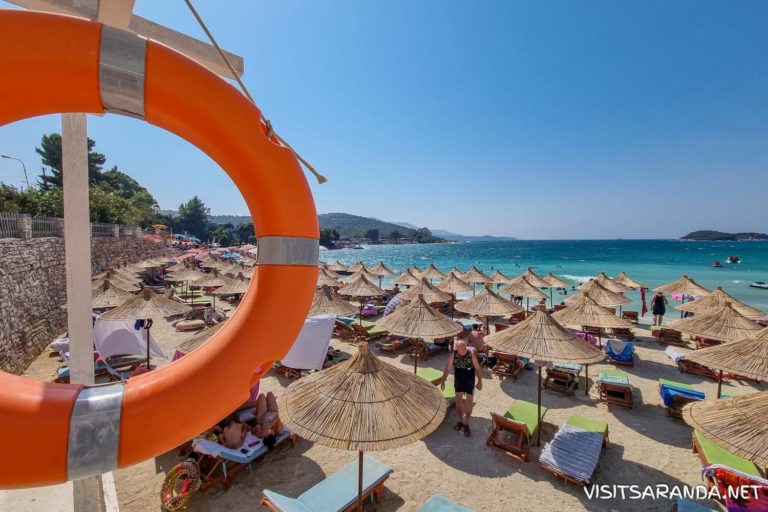 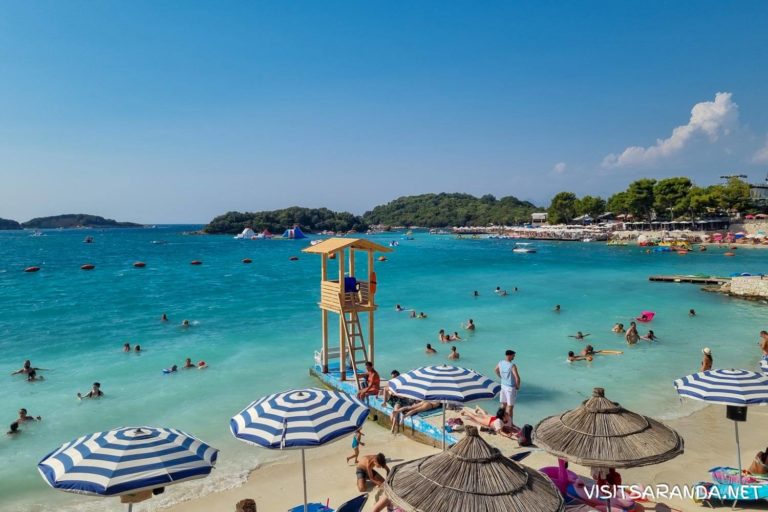 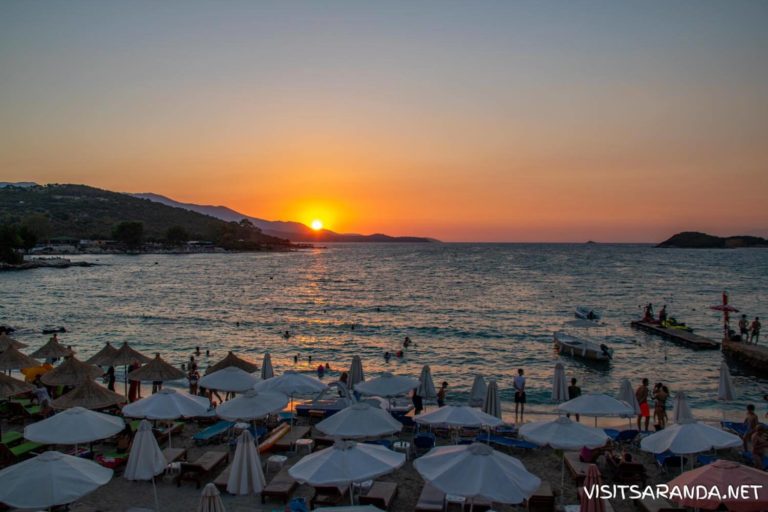 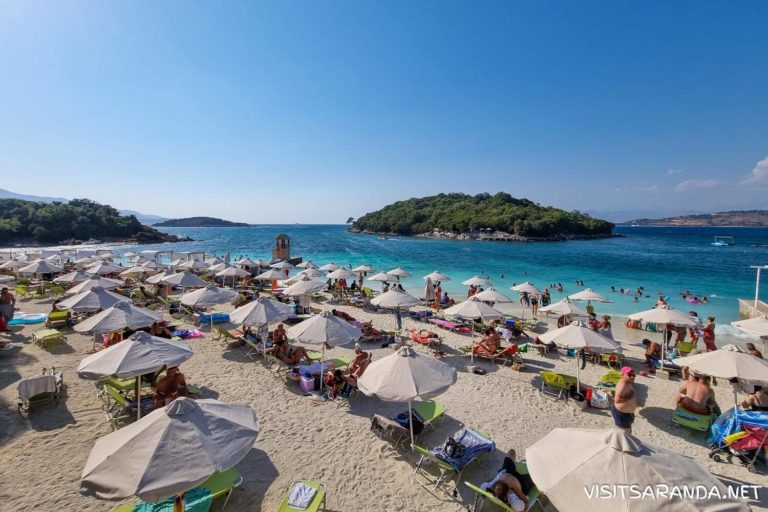 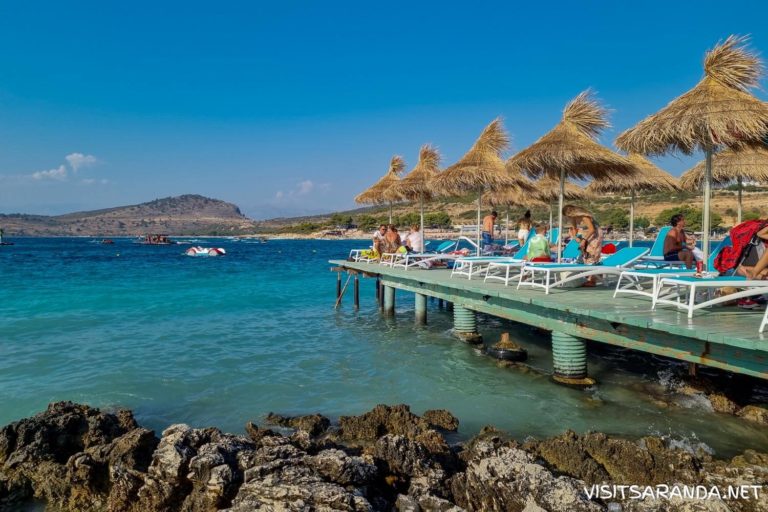 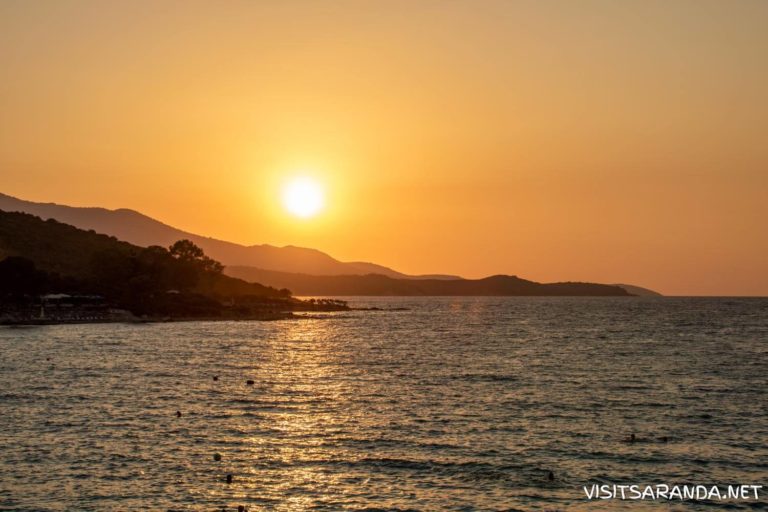 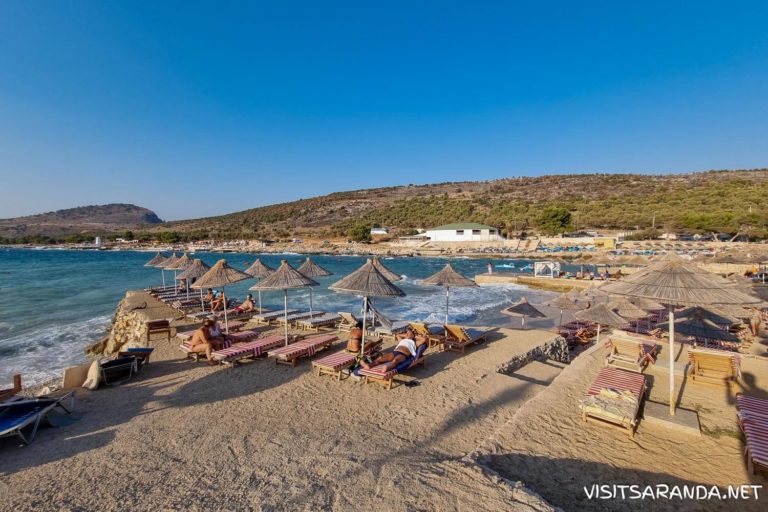 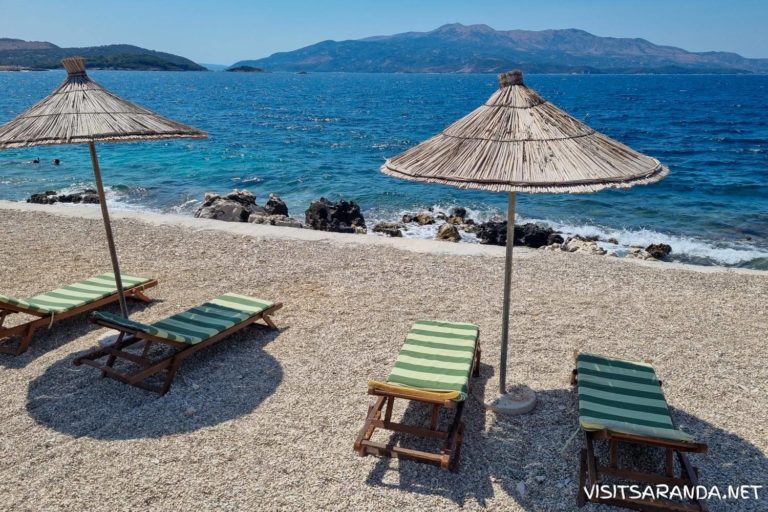 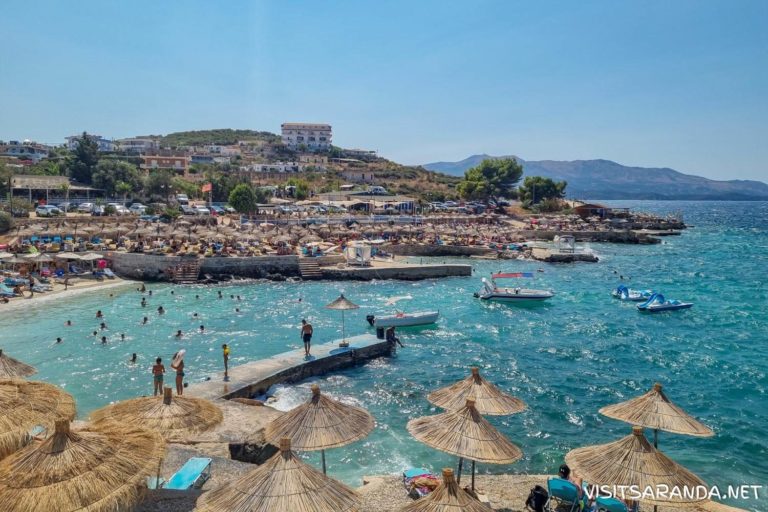 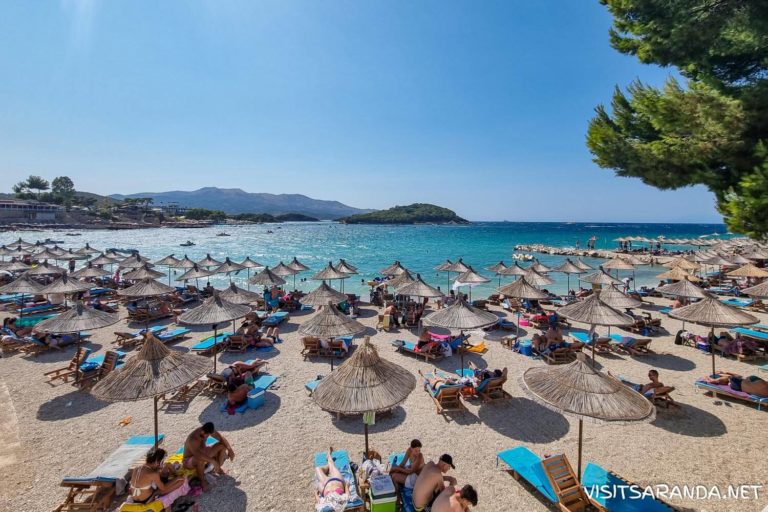 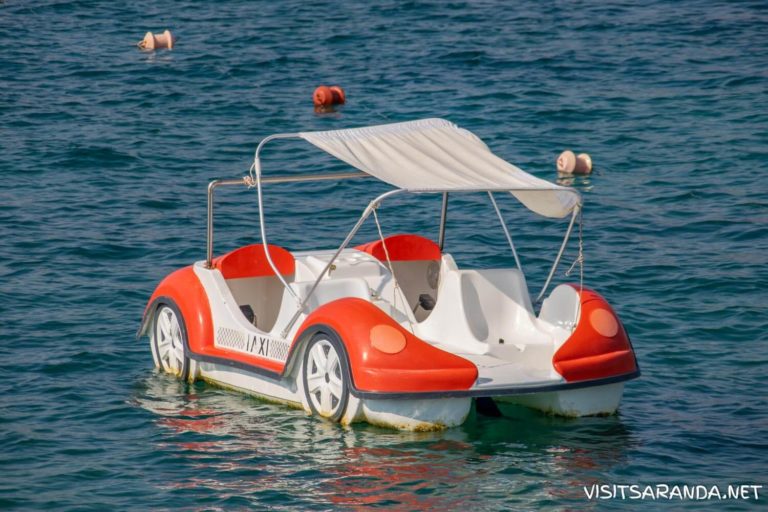 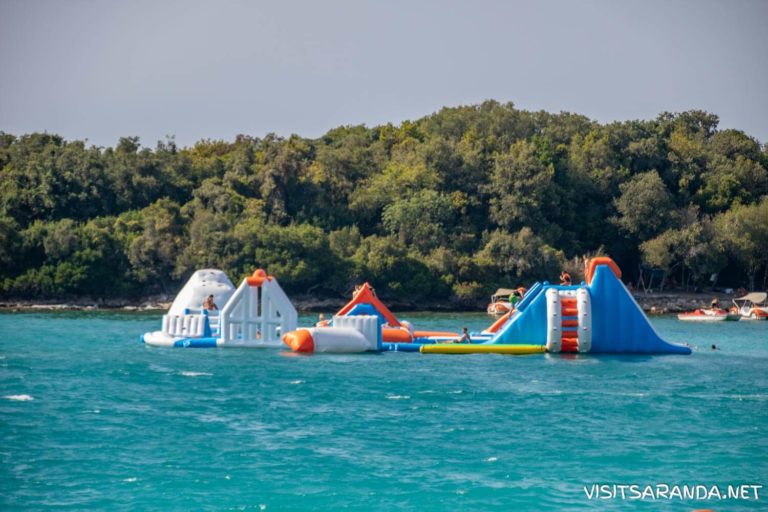 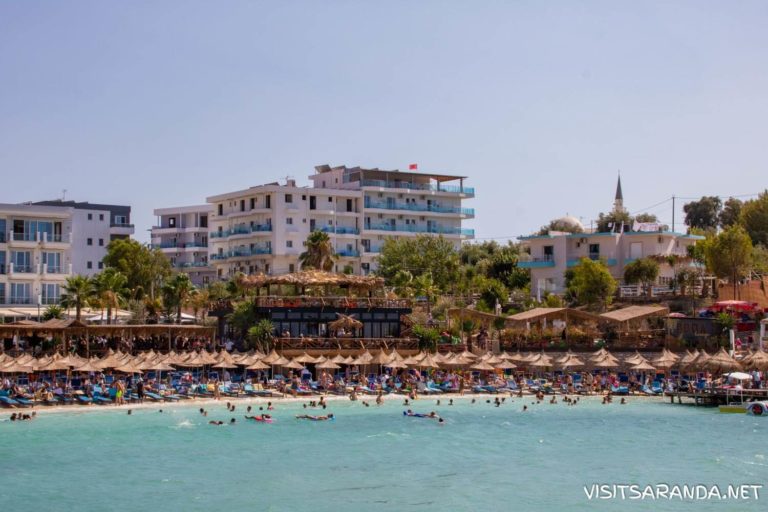 Ksamil is a beach town in the south of Albania, just 12 kilometers south of Saranda with it’s main attraction the amazingly beautiful beaches. Ksamil Beach consists of many small and different beaches, scattered around the town. There are some rocky beaches, but most of them are sandy, which is not very common on the western Balkan coast. Most beaches are more or less secluded and together with the white sand and amazingly clear blue water and a view at the Ksamil Islands in the background, Ksamil Beach is considered a true paradise.

The beaches of Ksamil are beautiful all year round, but due to its beauty they have become very popular so in summer it gets very crowded. Obviously the most beautiful and centrally located beaches get the most busy, so if you like that summer vibe than it’s great. If you want to avoid the biggest crowds, you can also find some nice beaches towards the northern and southern outskirts of Ksamil or come a bit earlier in May or June, or later in September.

How To Get To Ksamil Beach

Ksamil is basically a beach town so all beaches are pretty much at a walking distance. From outside the town you can easily get to Ksamil via the coast road SH81 and from Saranda this is around 12 kilometers.. A car would be ideal, especially if you want to explore more of Albania and it’s beautiful coast. If you don’t have your own transportation you can easily rent a car at Saranda or Tirana Airport. If you’re not planning to go far, renting a scooter can also be a good alternative for exploring the environment.

Some of the beaches offer private or paid parking for guests. If you really want to stick to free parking, you might need to park a bit further away from the most busy beaches during the peak of the season in July and August.

Ksamil can also be reached by bus. There is an hourly bus service between Saranda and Butrint which passes by Ksamil via the main road SH81. From there you can easily walk to any of the beaches.

On and around the various beaches you can find anything you need for a beach day. There are many hotels, restaurants, beach bars and shops so you can basically find anything to eat and drink and stay the night close to the beach. Most beaches are privately operated by a bar or hotel and offer beach beds and umbrellas.

There are also many water sports activities, including peddle boats, canoes, jet skis and boats for rent. Some of the beaches have a small pier so you can either jump right into the water, or stay put to pose for a picture with a backround that will make your friends jealous for the rest of the year. 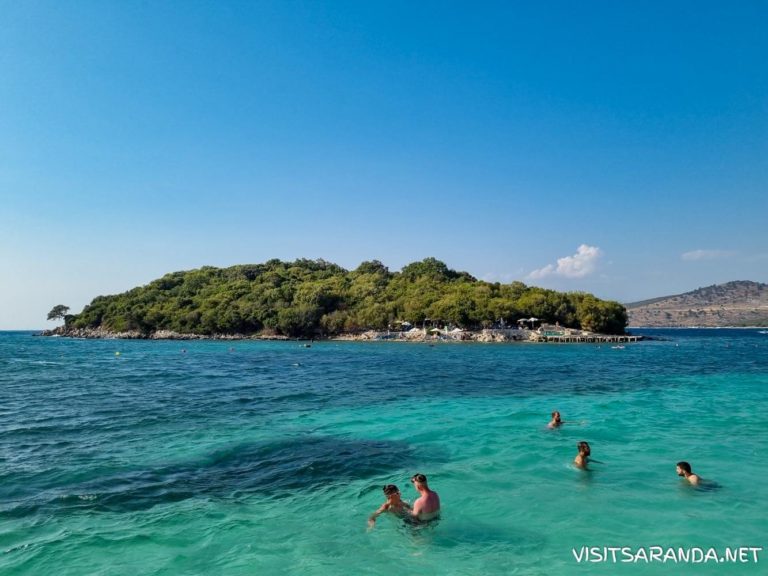 Ksamil
From Saranda: 10.89 km
About The Ksamil Islands In front of the main beach in Ksamil are three islands (tre ihujt) which are uninhabited. Read more...
Religious Sites 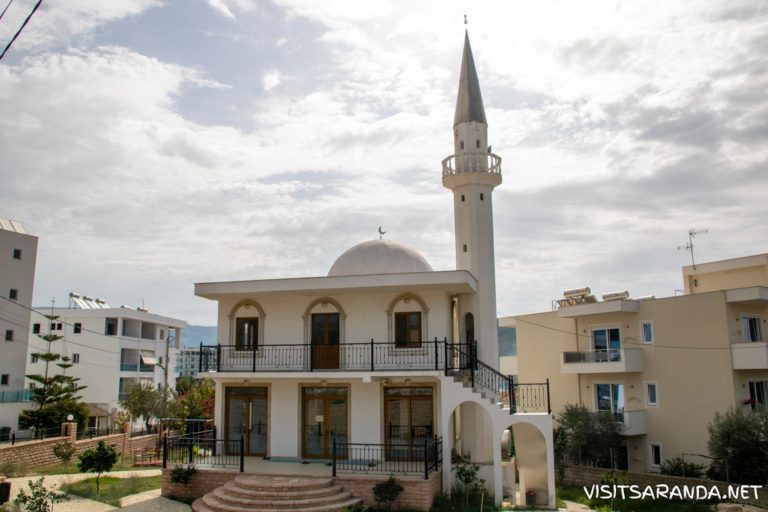 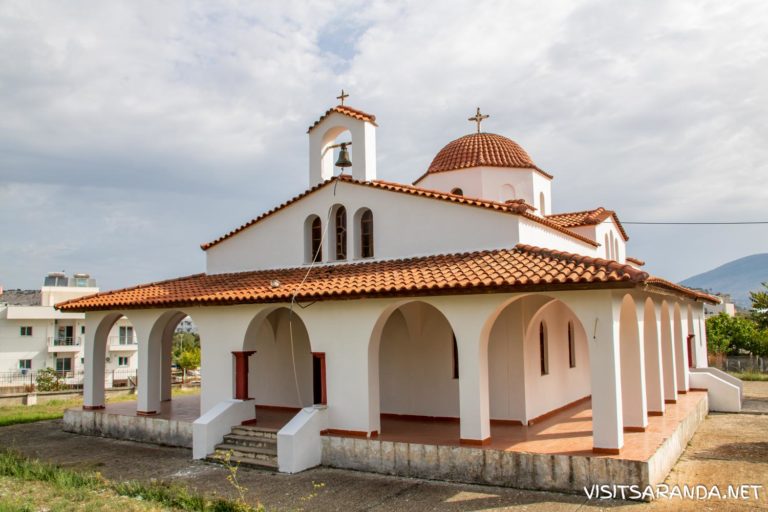 Holy Church Of The Resurrection in Ksamil

Saranda
From Saranda: 11.33 km
The Holy Church of the Resurrection is an orthodox church in Ksamil. Read more...
View all