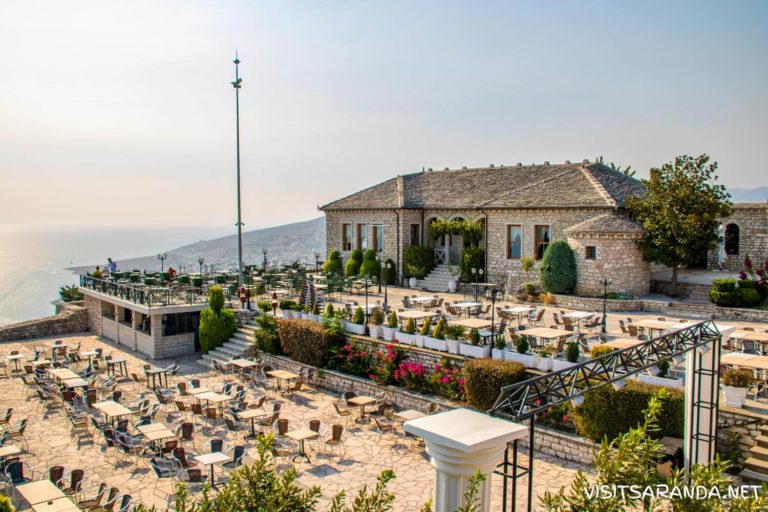 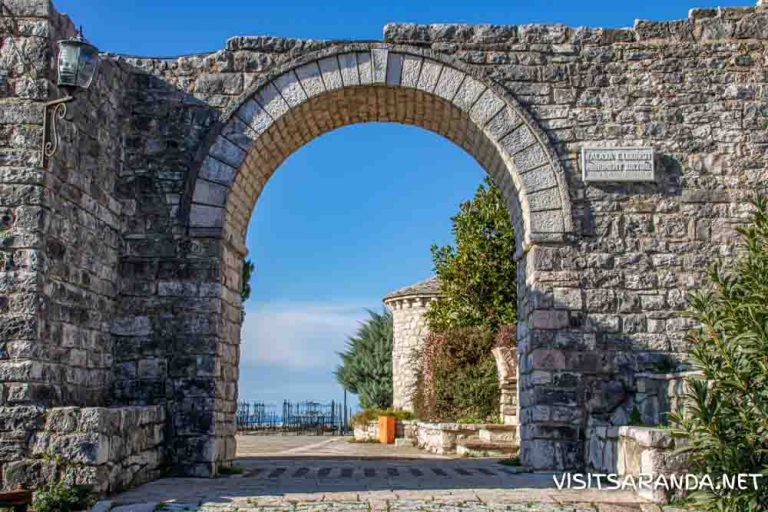 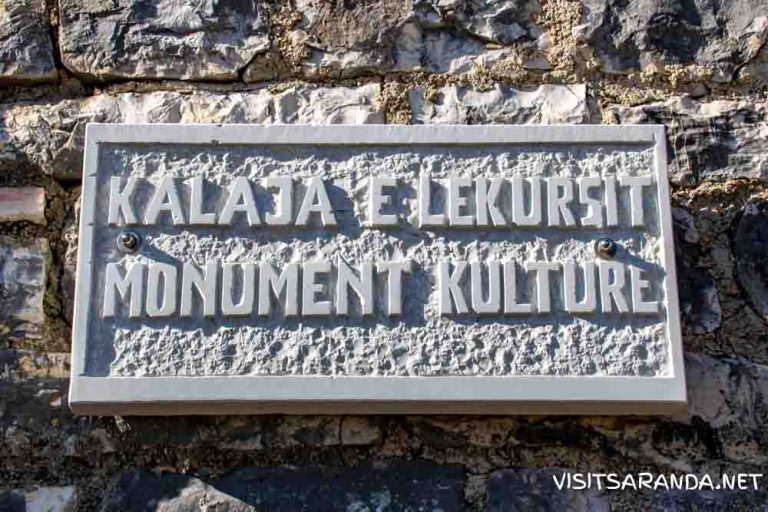 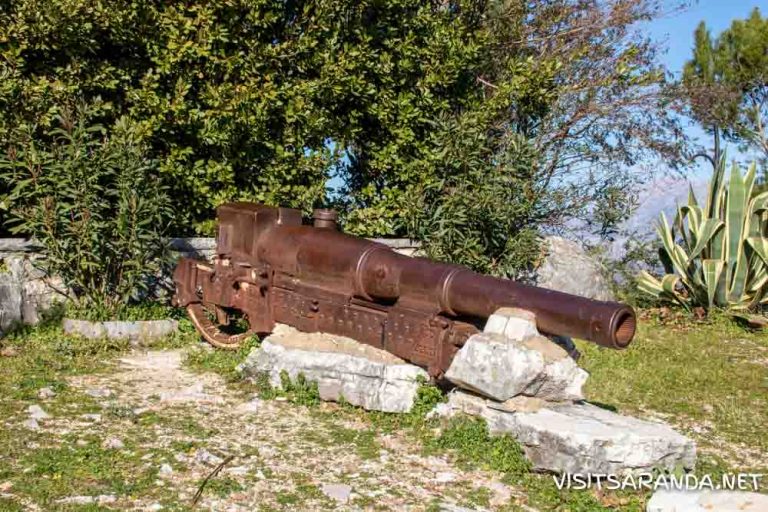 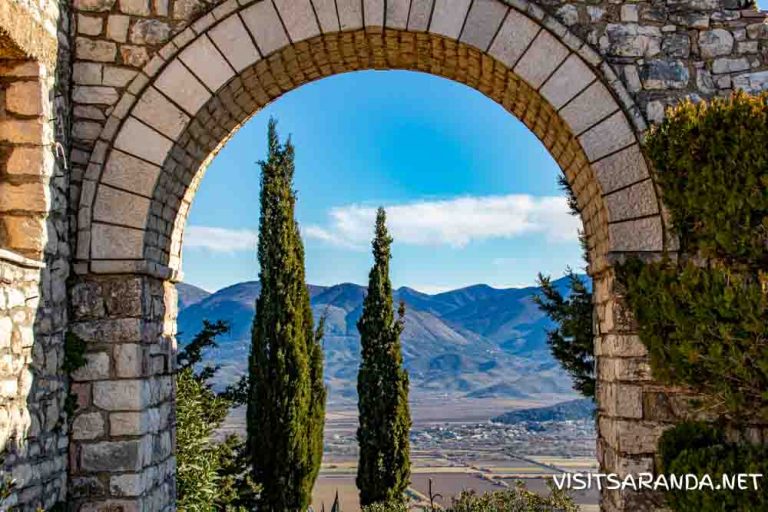 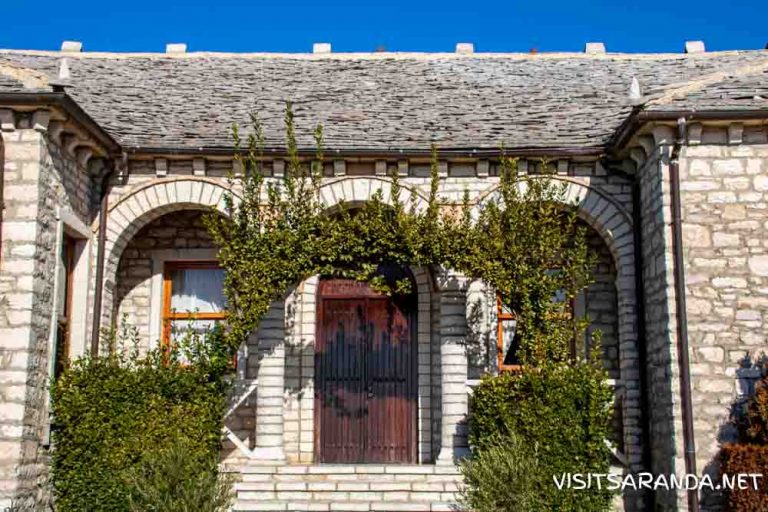 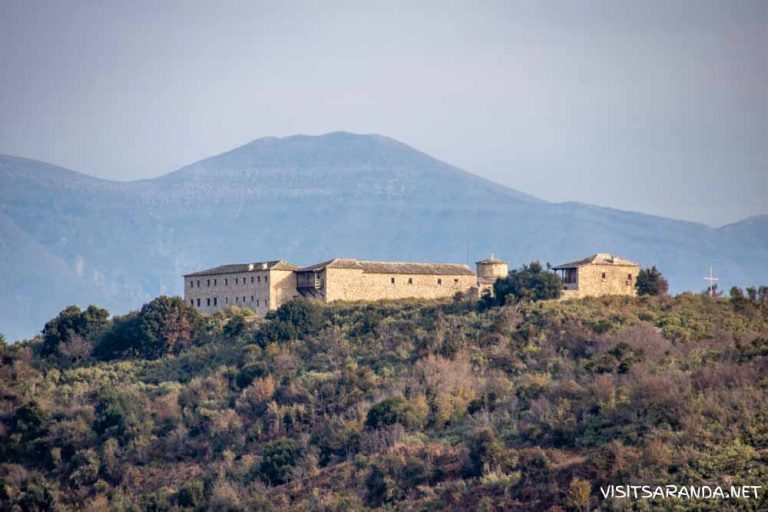 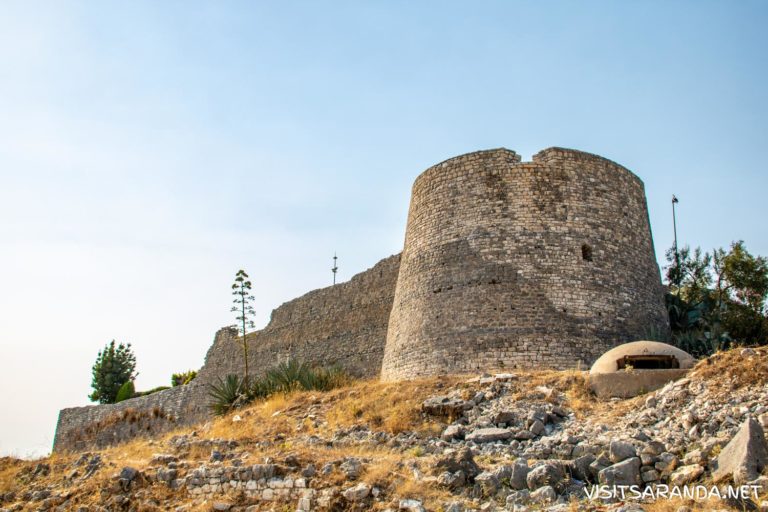 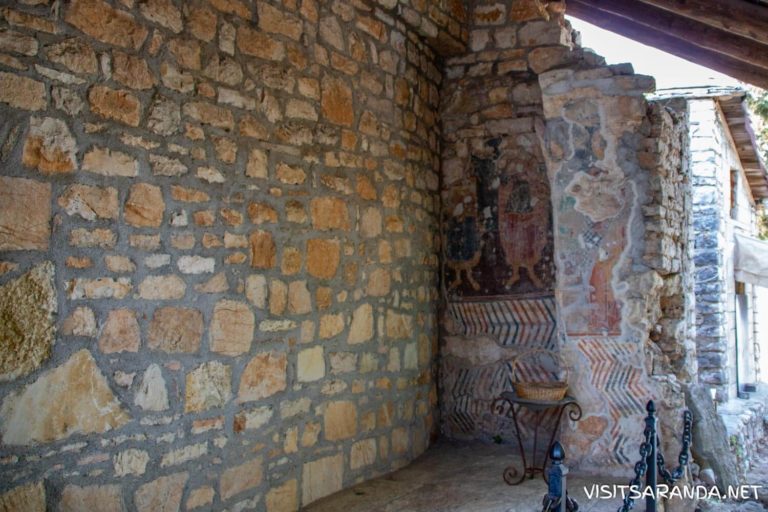 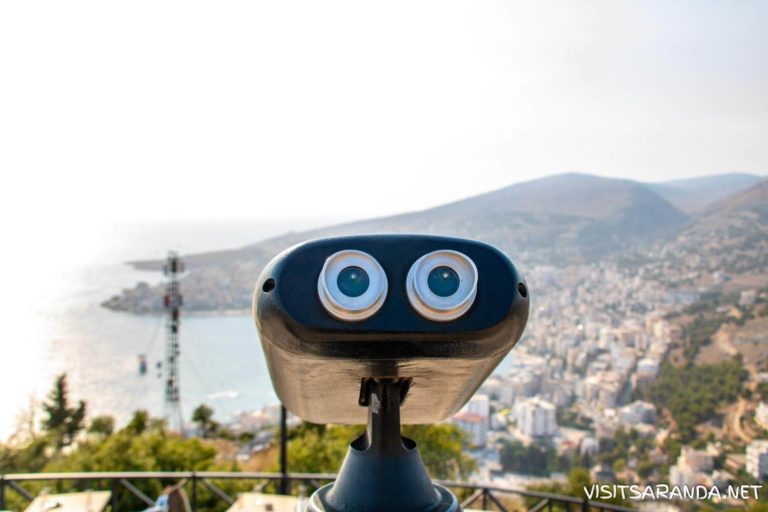 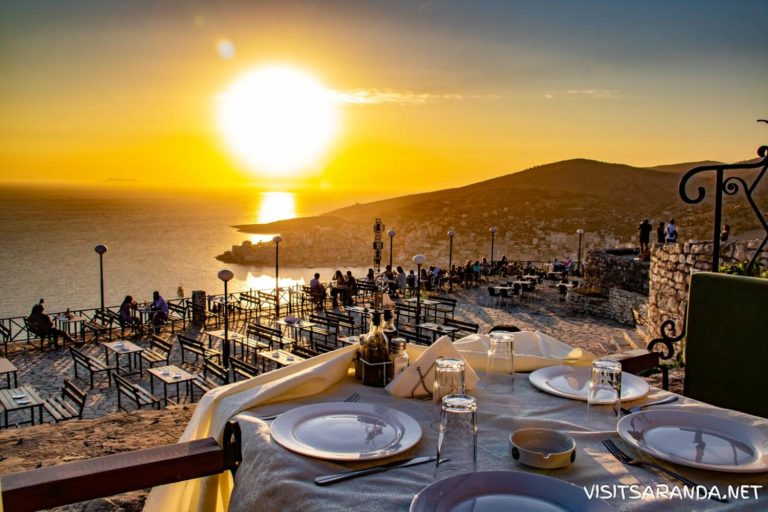 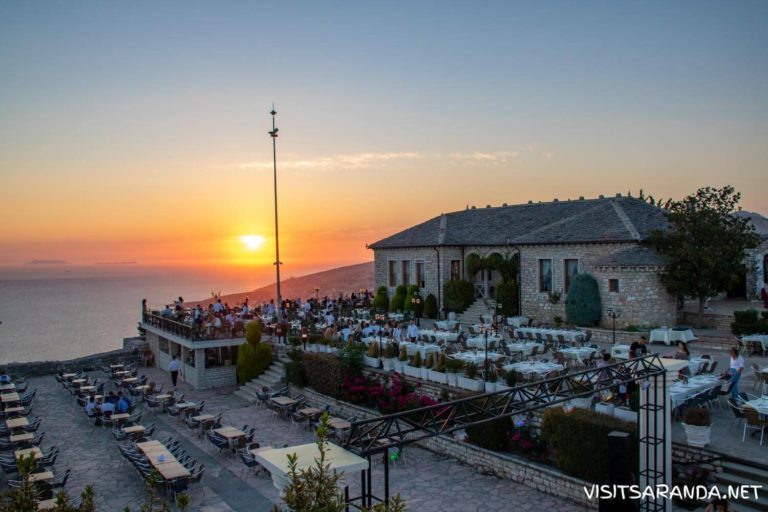 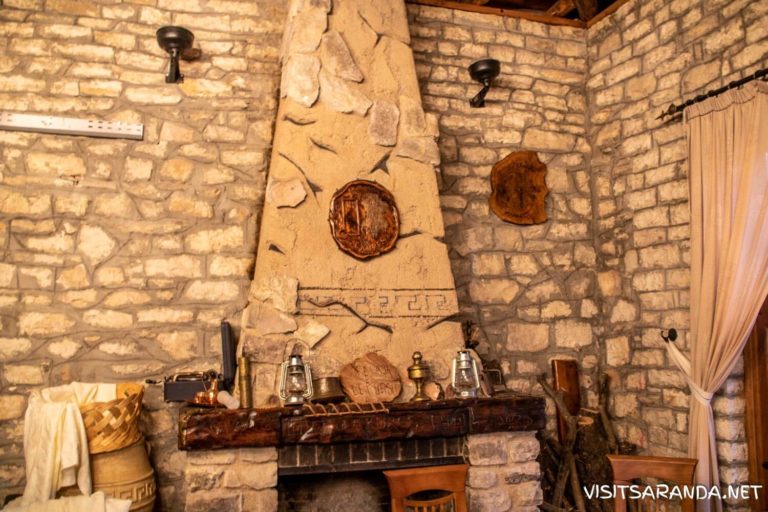 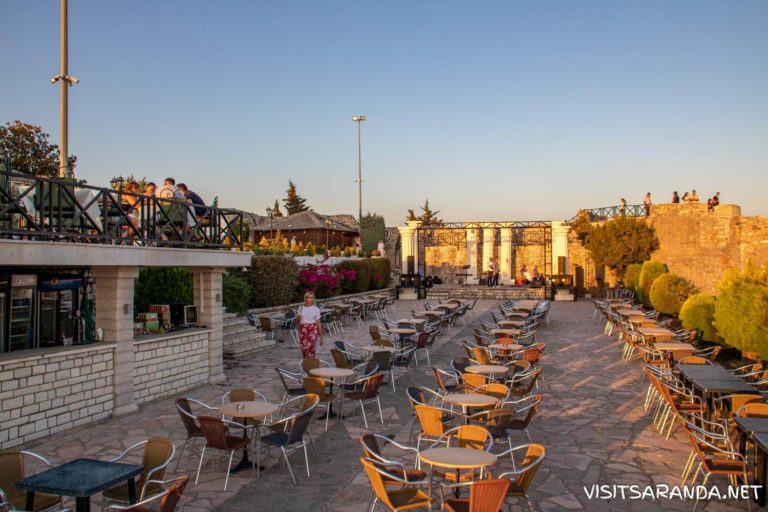 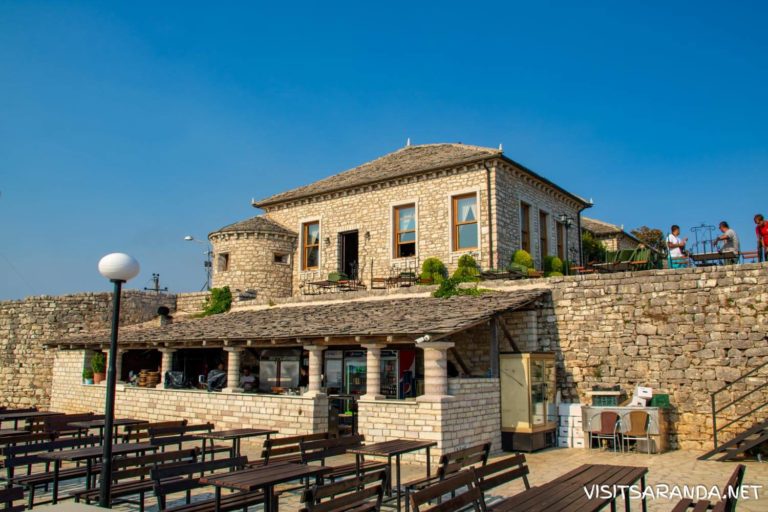 Lekursi Castle (Kajala e Lëkurësit) is a castle on Lekursi Hill, just behind Saranda with an amazing view over the town and bay, making this the most popular and iconic viewpoint of Saranda.

Inside the walls of Lekursi castle is a restaurant (Restorant Kalaja e Lekuresit) with an enormous outdoor terrace. Although it can be busy in summer, it is definitely a great spot for dinner or drinks, especially around sunset. Sometimes there is also traditional folk music and dance for a truly Albanian experience.

How To Get To Lekursi Castle

Lekursi Castle is located on Lekursi Hill and can only be reached via a small road that goes around the back of the hill. From the center of Saranda it’s about 3 to 4 kilometers to the castle and if you decide to hike up the hill, this will take you approximately 45 minutes to an hour. The asphated road is in a good condition so you can easily drive there and there is plenty of space to park as well. Many tours will also include a stop at the castle and renting a car is also a great option to discover more of the surroundings of Saranda.

Lekursi Castle was built in 1537 by the Ottoman emperor Sultan Suleiman the Magnificent, when he attacked Corfu and needed control over the harbor and the Saranda-Butrint road. With its strategic location, the castle offered protection against the Venetians and held a garrison of about 200 soldiers. The castle, which used to inhabit the village of Lëkurës, was raided under the attack by Ali Pasha of Tepelena in the 18th century and has been abandoned ever since 1878.

What To See At Lekursi Castle

Obviously the castle itself and its views are the main attraction. From the castle you have among the best views over Saranda, the bay and the Ionian Sea with Corfu on the horizon. From the hill you also have a magnificent view over the valley and mountain range on the other side of the hill and you can even see the Butrint Lake. On the way up or down you can also make a stop at Natyra Restaurant, which has an amazing panorama terrace.

Even if you’re not visiting the restaurant you can visit Lekursi Castle for free. The castle has been constructed in the shape of a square with two round towers in a diagonal direction of each other. The tower in the southeast corner (next to the entrance) has been best preserved and has a hight of about 7 meters. The walls of the castle were built from limestone and are about 2 meters thick and also reach up to 7 meters in hight. The walls used to have a parapet with turrets on the top, part of which have been restored.

Around the castle you can still find the remains of the old village of Lëkurës, with most parts on the back side of the castle in front of the entrance. At the entrance gate some 20th century artillery has been place on display as well.

Lastly, similar to any other strategic location on the Albanian coast you can find many different cold war bunkers scattered around the hill. 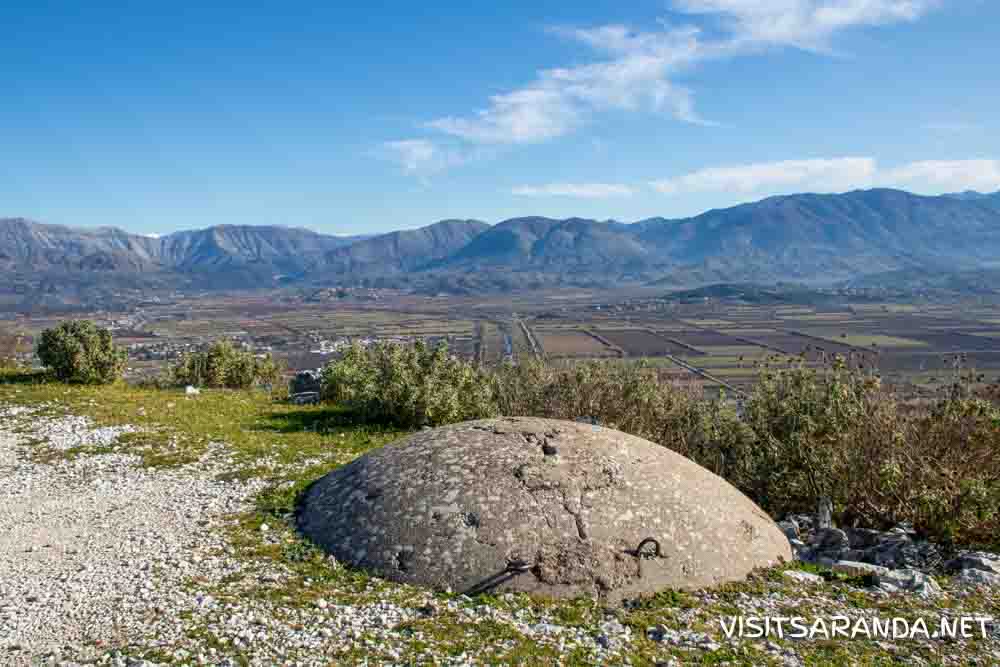 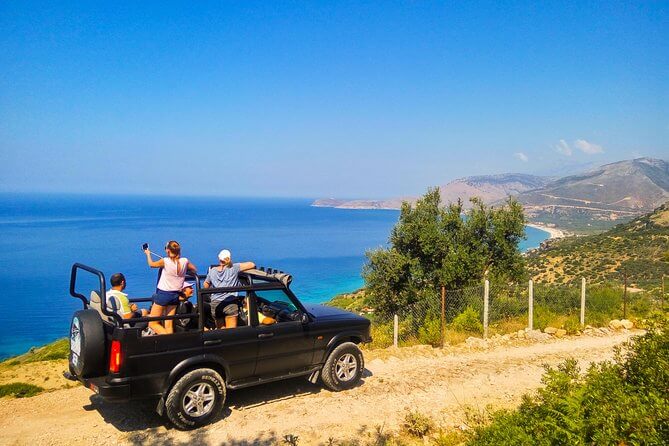 Duration: 6 to 8 hours
Book From €46.16
Discover the beauty of the Albanian Riviera and experience some authentic Albanian villages with a ride in an open top Read more...
Tours 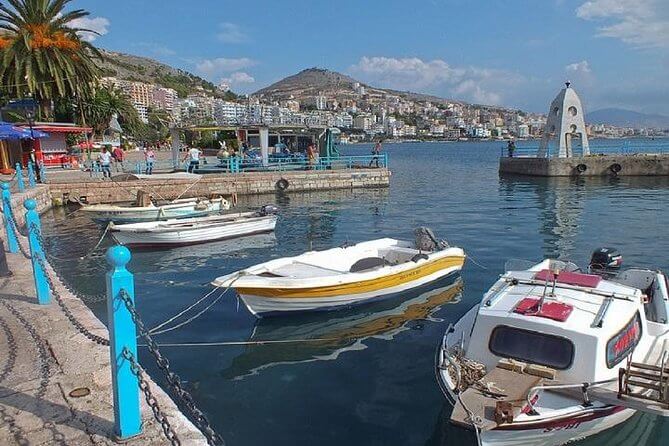 Duration: 1 to 3 hours
Book From €25.63
Discover the city of Saranda with a tour guide and learn more about its 2000 year old history, starting from Read more...
Tours 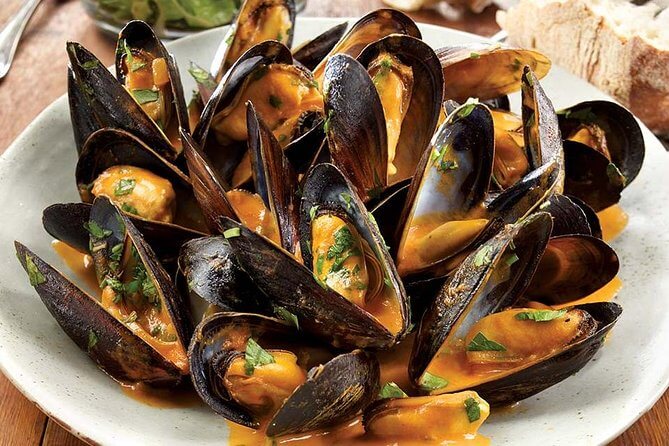 Duration: 3 hours
Book From €55.00
Lake Butrint, within the Butrint National Park, is famous for the farming of mussels. This tour will take you to Read more...
Tours 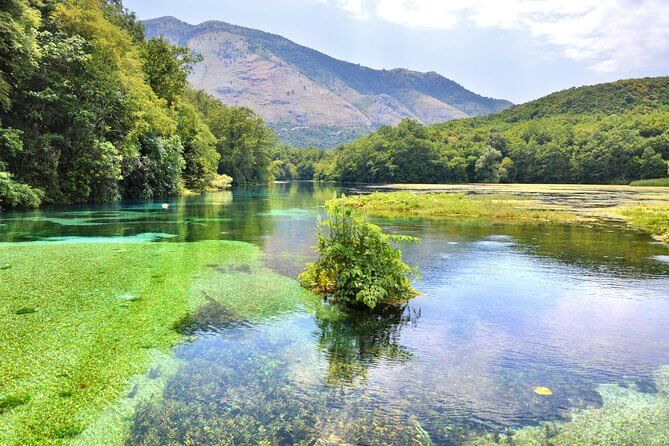 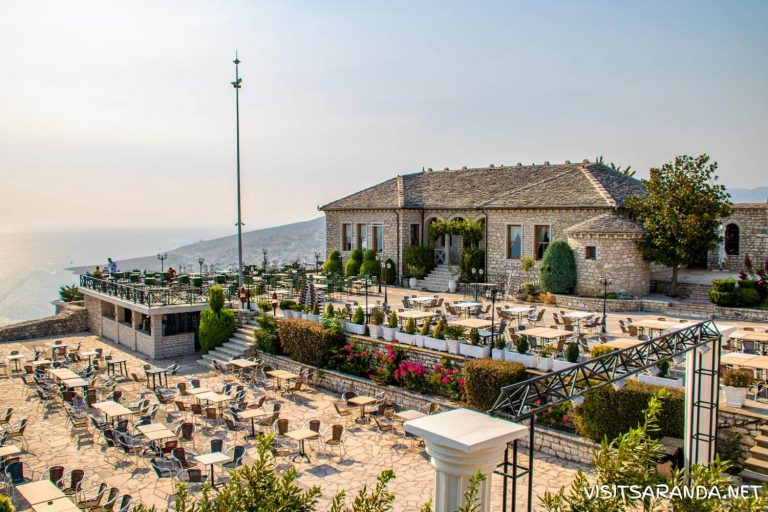 Duration: 40 to 70 minutes
Book From €18.00
You haven’t really been in Saranda without seeing Lekursi Castle and taking in the amazing views over the town and Read more...
View all activities in Lekursi Castle 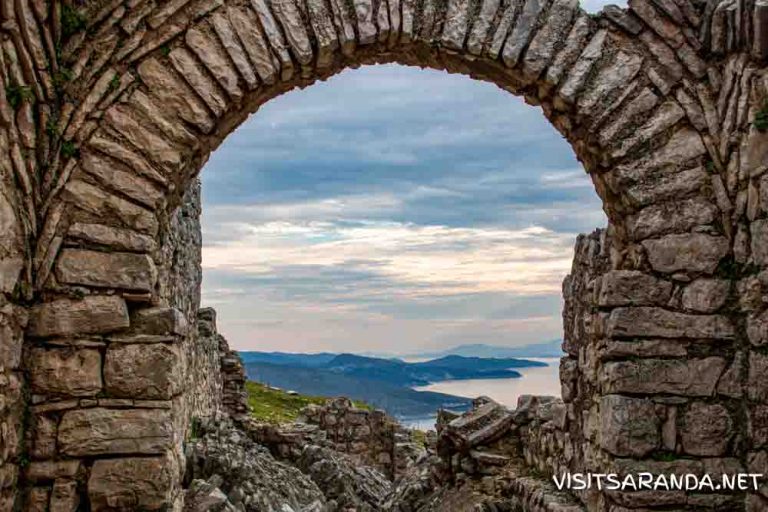 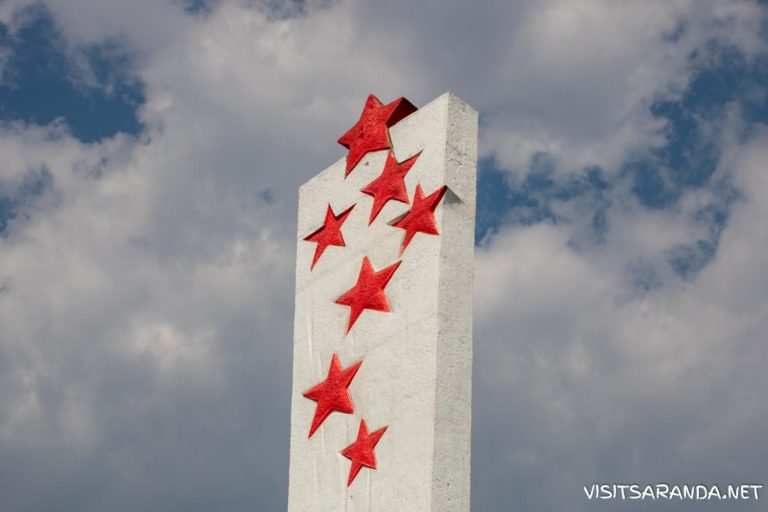 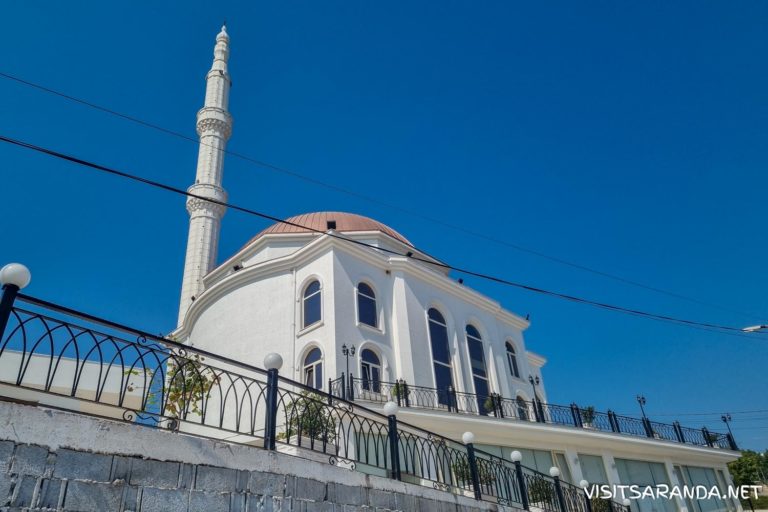 Saranda
From Saranda: 1.84 km
Xhamia Gjashtë is a mosque which is located close to the entrance road of Saranda, off Rruga Skënderbeu. You can Read more...
View all