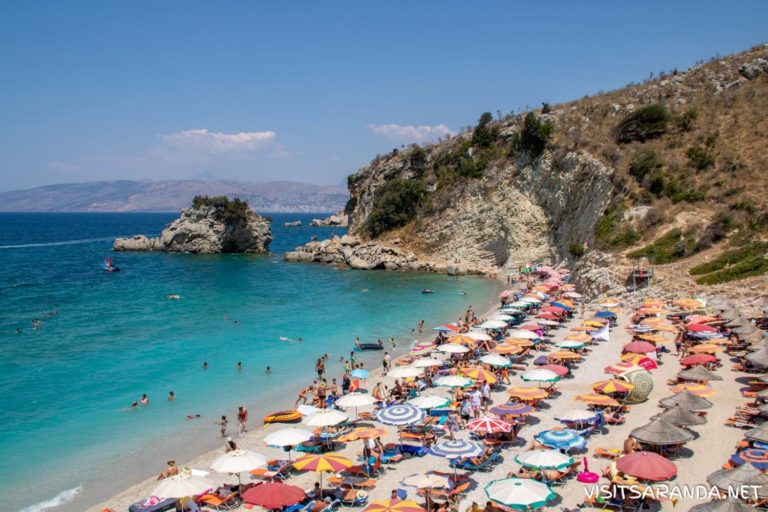 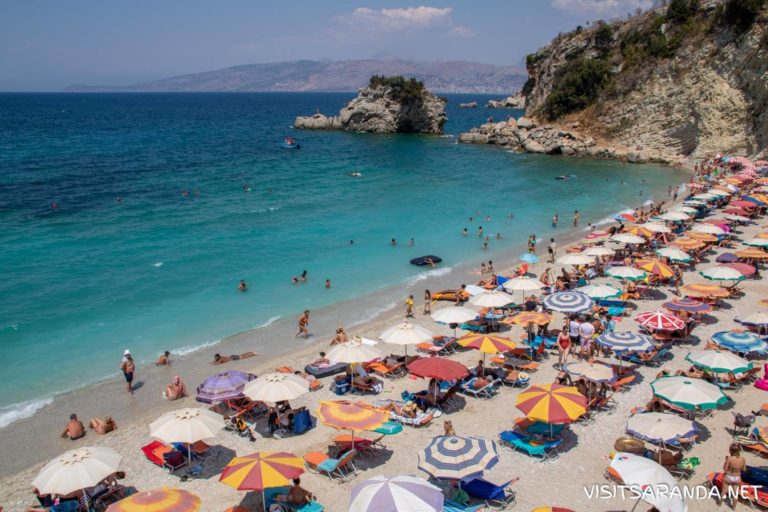 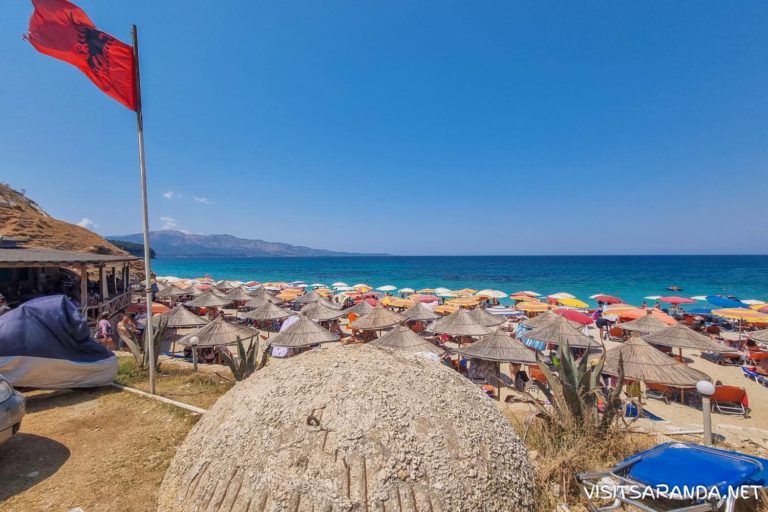 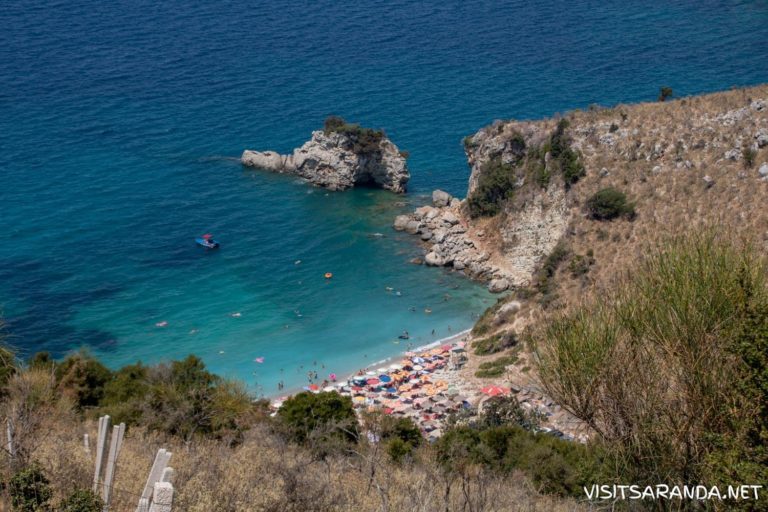 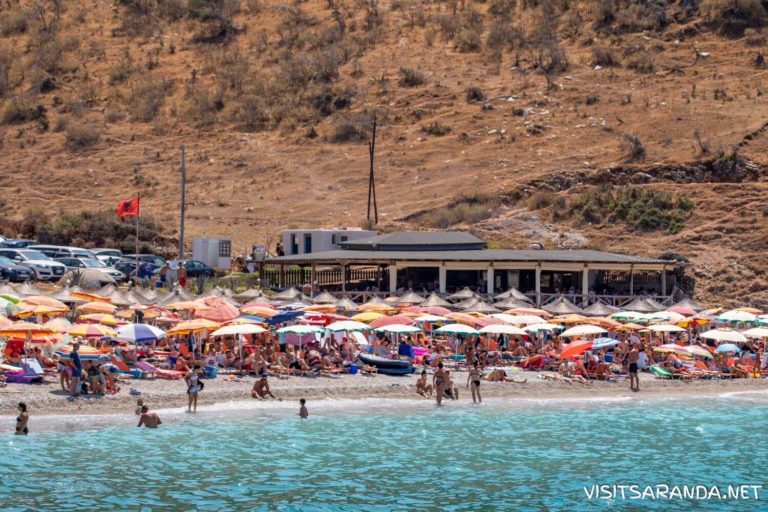 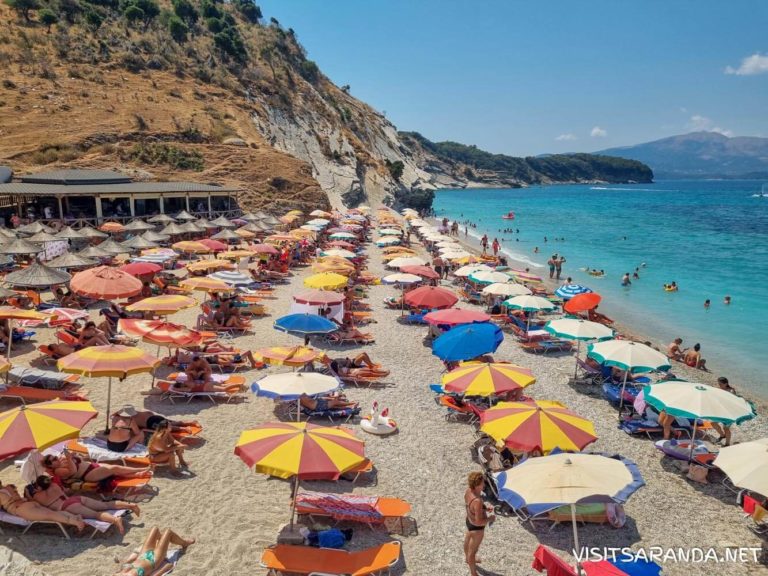 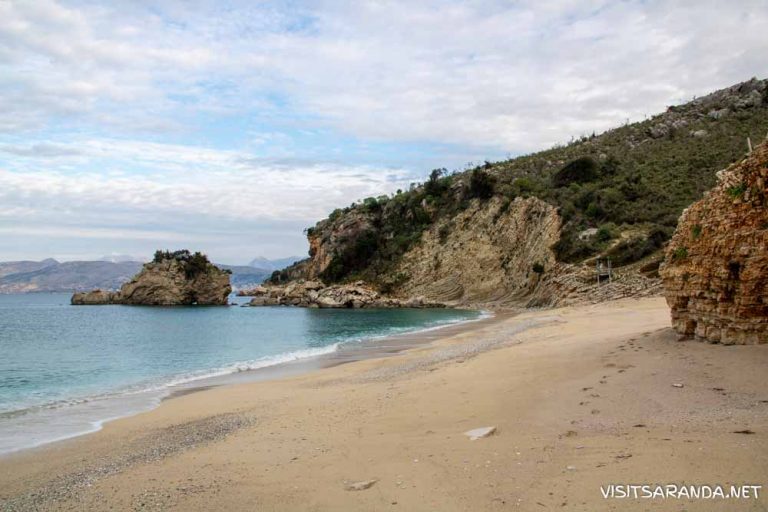 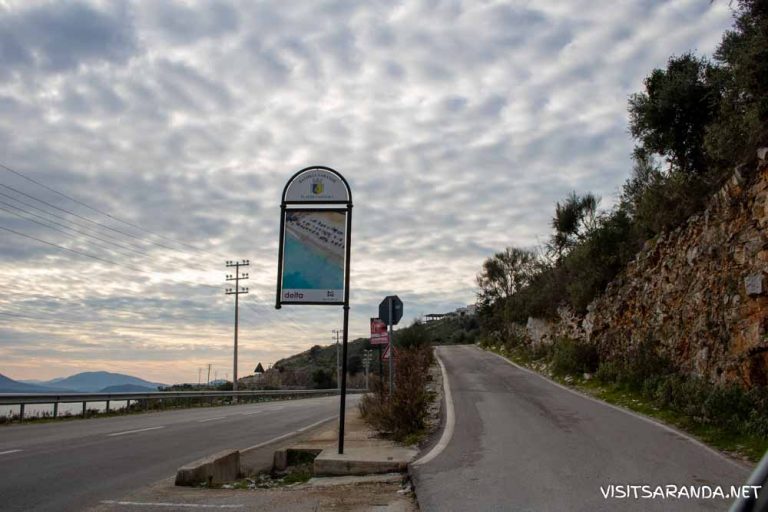 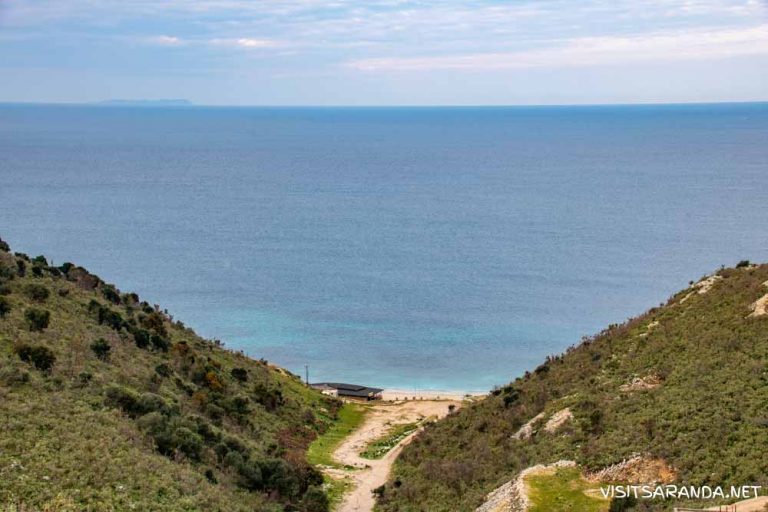 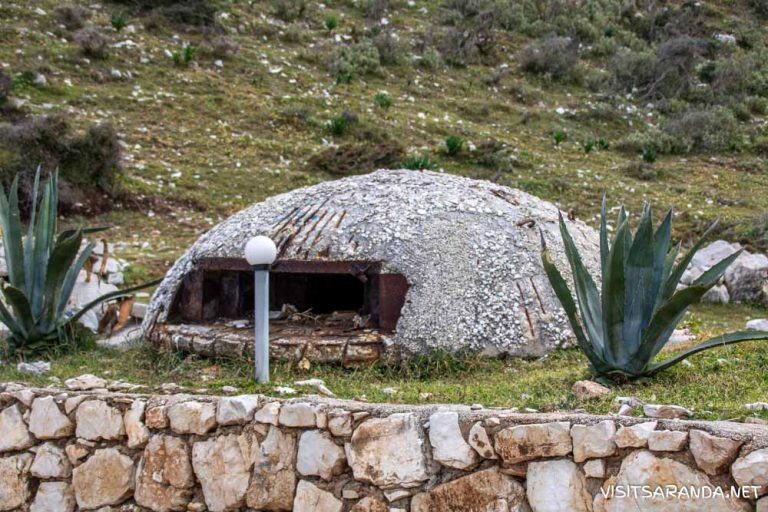 According to the Albanians, Mirror Beach (Plazhi i Pasqyrave) is one of the best beaches in Albania. The story is that the sun reflects into the crystal clear water like a mirror, giving it a magical effect. That’s why it is called the beach of mirrors, or mirror beach.

How To Get To Mirror Beach

Mirror Beach is located between Saranda and Ksamil. To get there, you can take the bus that runs between Saranda and Butrint every hour. Tell the driver to stop at Plazhi i Pasqyrave (Mirror Beach) and from there you can walk to the beach in about 15 minutes downhill. Alternatively you can take a taxi or rent a car to go around by yourself. Be aware though, that the last part is a dirt road which is rocky and full of potholes. So be careful of your car or you can walk the last part of the journey.

The great thing about Mirror Beach is that it is quiet and secluded, so it’s a great escape from Saranda or Ksamil which are obviously full of hotels. Mirror Beach doesn’t have that much when it comes to facilities, but there is one bar and restaurant on the beach. You can also rent sunbeds with umbrellas here, but off course it’s also fine to put your own towel down on the beach.

In front of the beach you can find some concrete bunkers that were built during the communist times. Like in many other places around Albania the bunkers were used to protect the coastline during the Cold War. 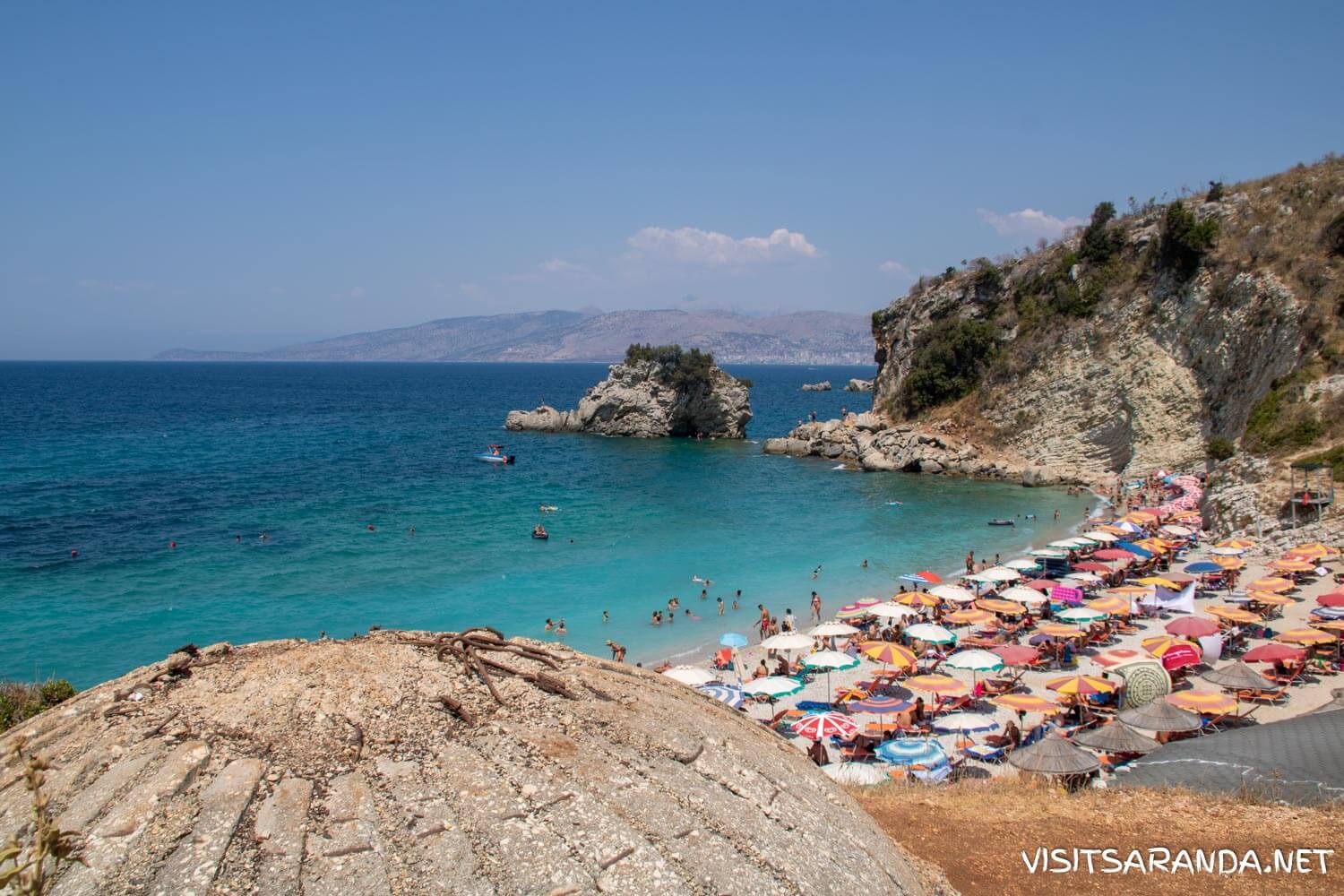 Mirror Beach is not only secluded by rocks, it also has some rock formations in the water to complete the view. You can easily swim to the big rock and climb on it. Behind the rock you can see Saranda and the amazing landscape of mountains behind it. 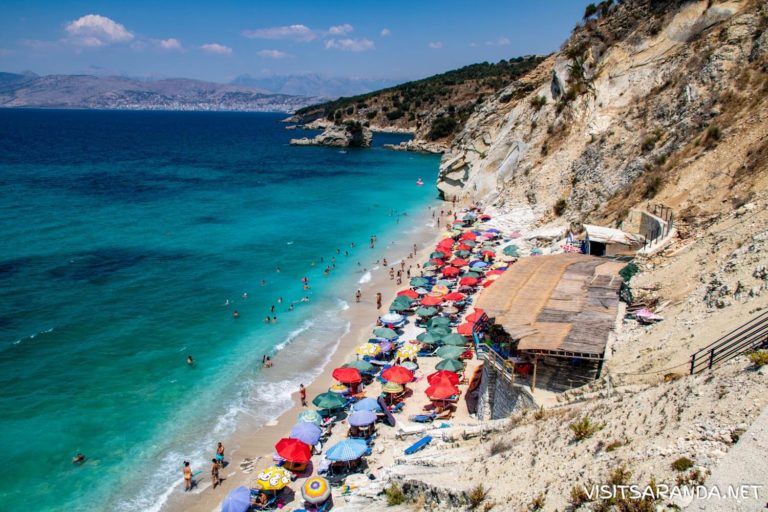 Ksamil
From Saranda: 7.68 km
About Shpella E Pëllumbave Beach Shpella e Pëllumbave is a small beach squeezed in between the rocks of the Ionian Read more...
Beaches 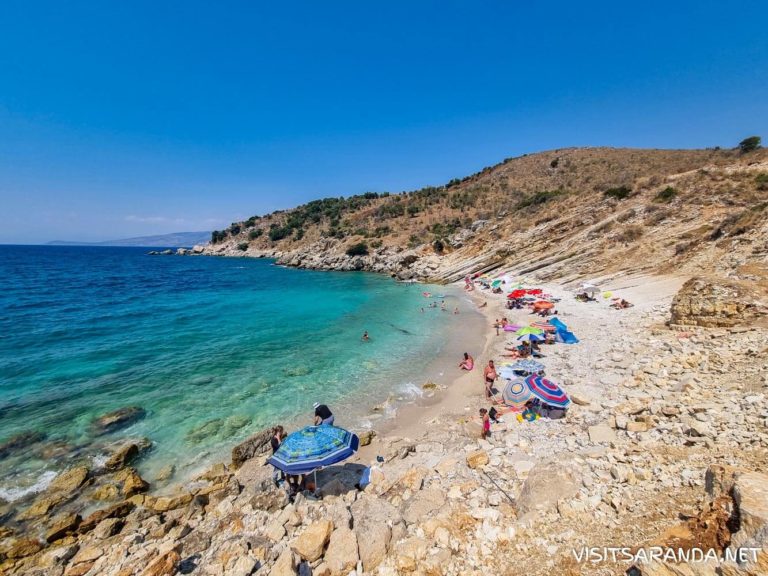 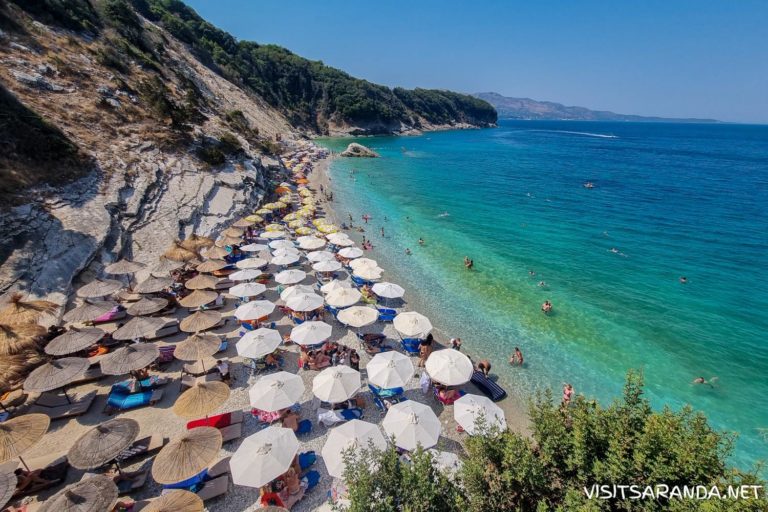