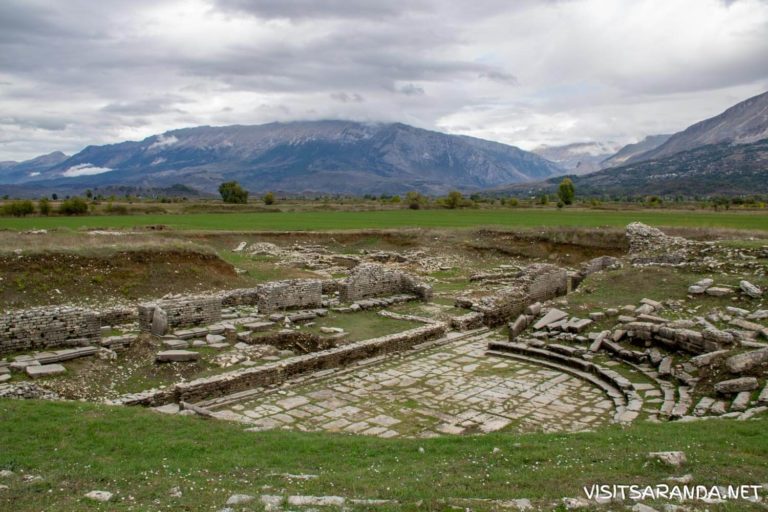 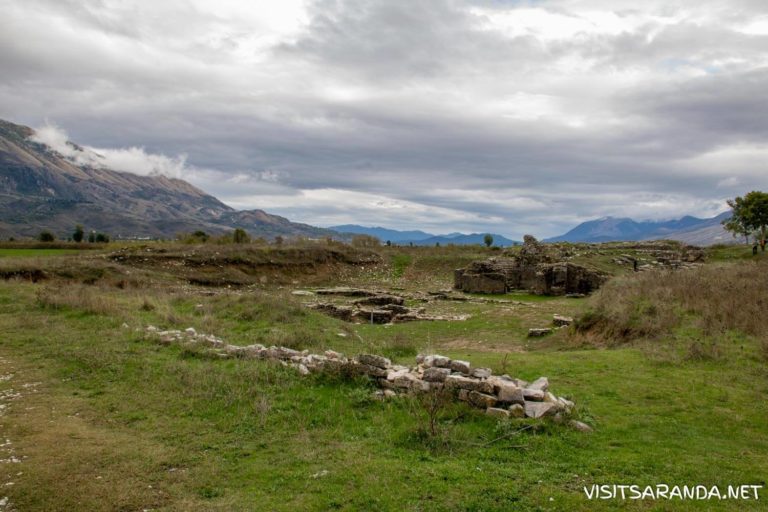 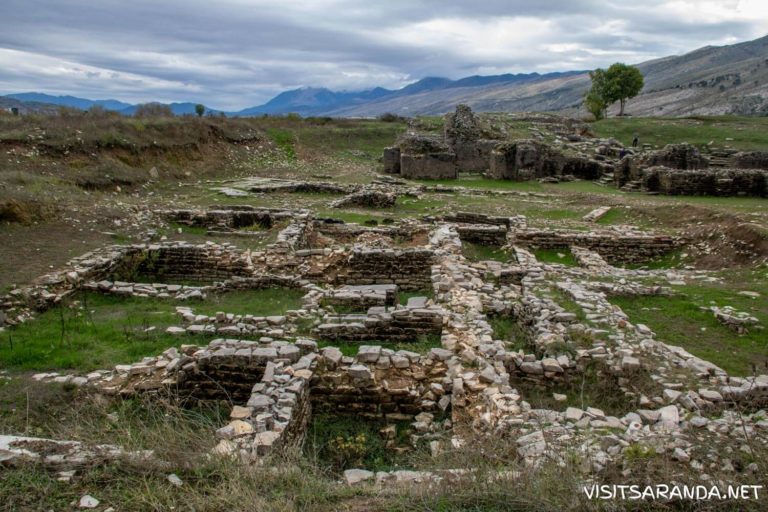 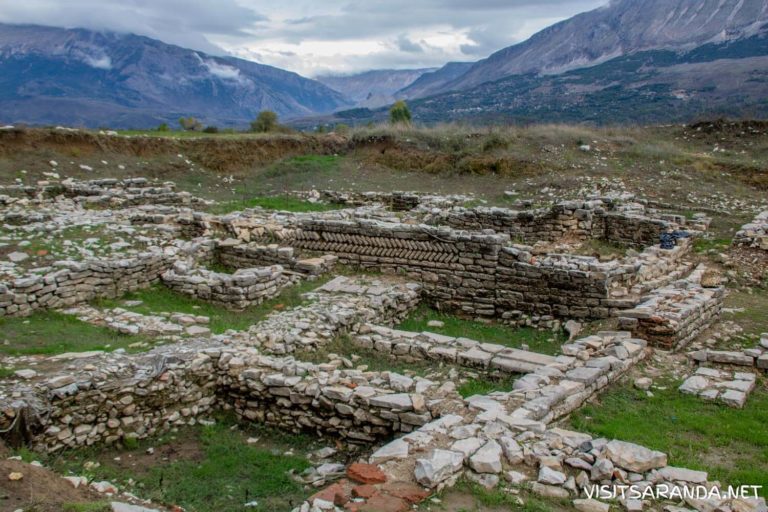 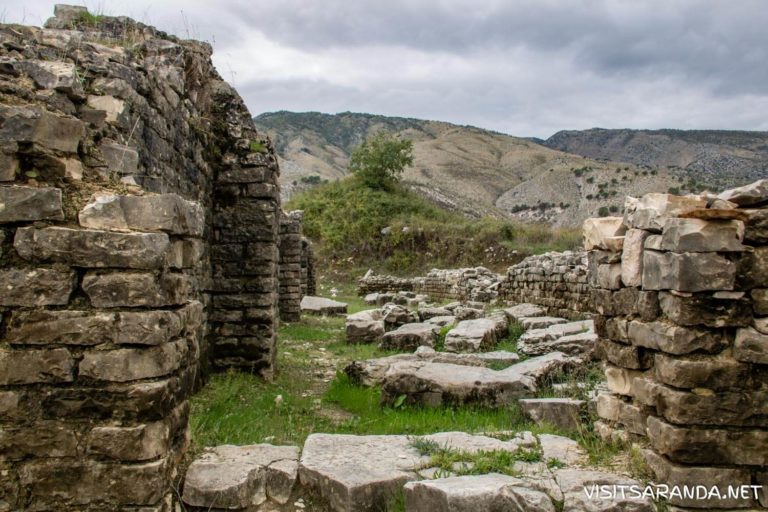 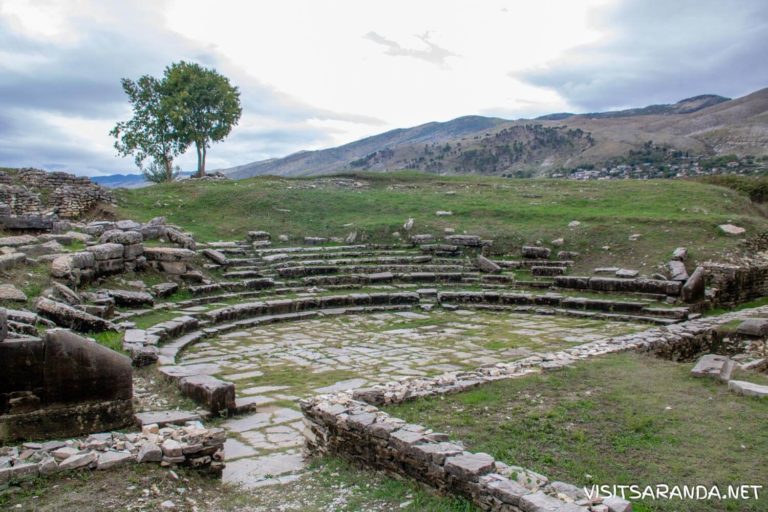 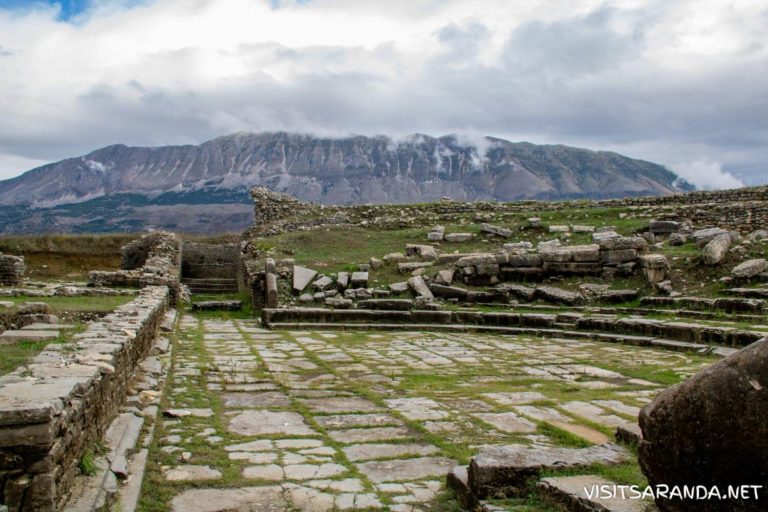 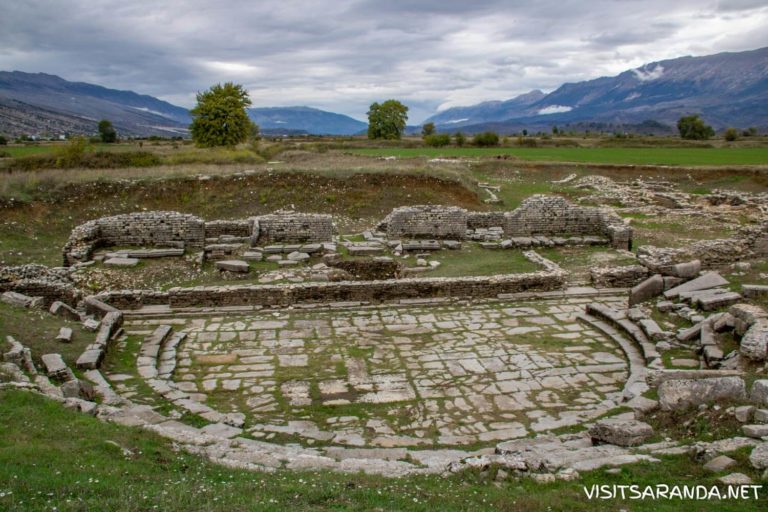 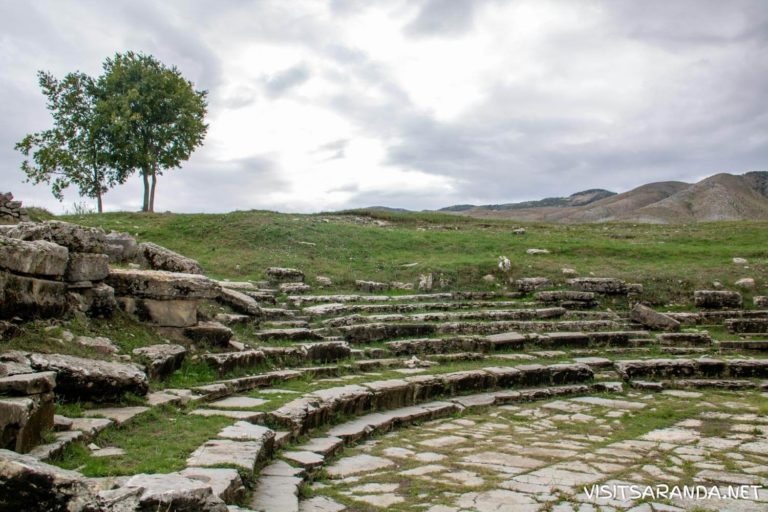 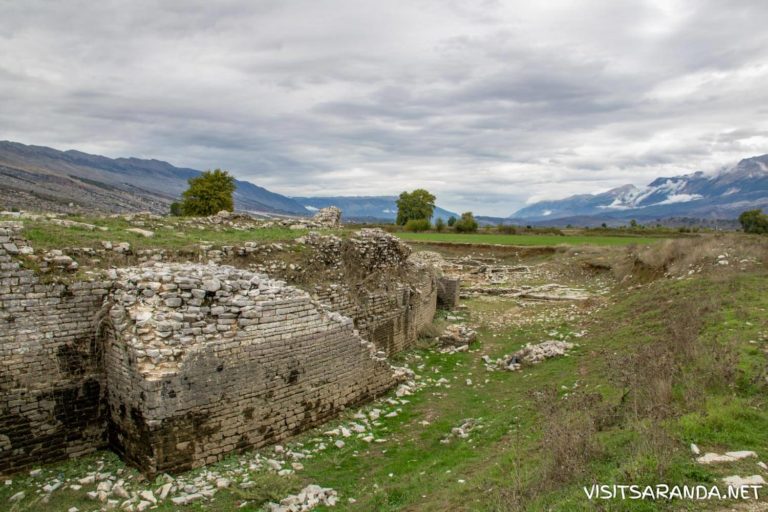 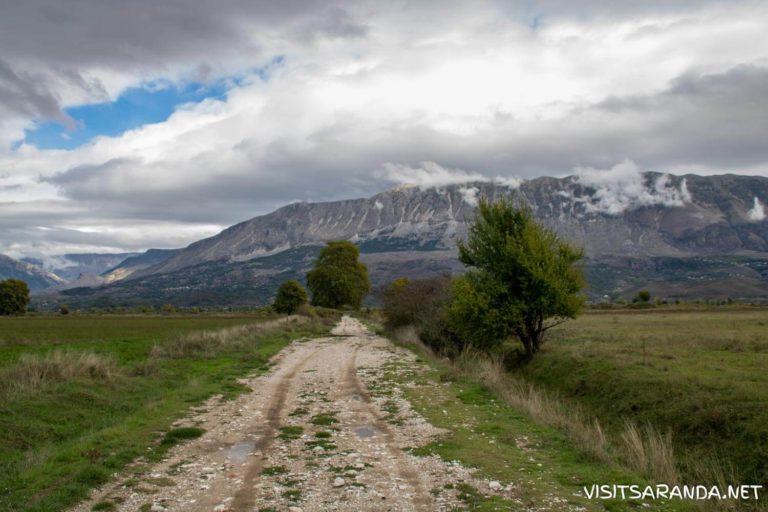 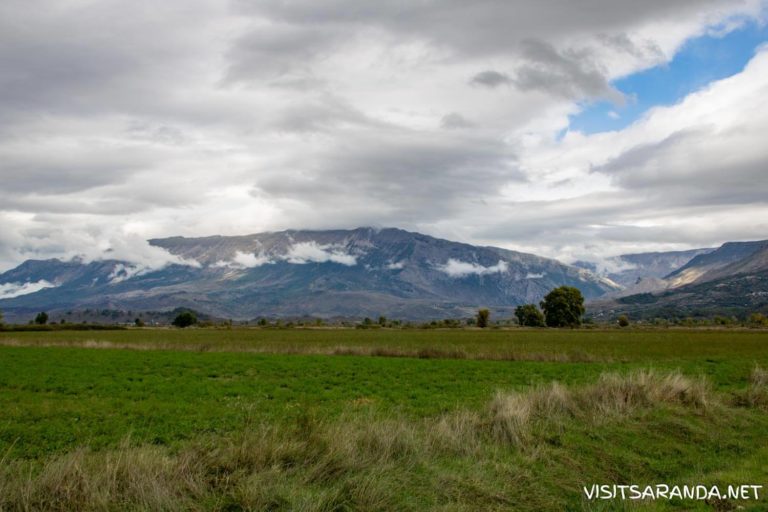 The archaeological site of Hadrianopolis is what was once a town in the ancient Epirus and was founded by the Roman emperor Handrian (76 – 138 AD). The town was built on the road between Apollonia and Nicopolis, on a site of a former Greek settlement, with the oldest structures found to be dating back to the early imperial age. Scattered settlements and the absense of a significant urban center suggests that the earlier settlement was rather a service center for the Drino Valley area.

During the time of Hadrian, the settlement assumed the status of a city and became the capital and administrative center for the roman community in the area. Under urban planning the city expanded to a rectangular area of 400 x 300-350 meters and public buildings, including a theater and baths, were added. The theater had a cavea with a diameter of 58 meters and was contructed in opus caementicium, a type of cement typically used in roman buildings. In the 4th century AD the theater was restored and organized for wild animal fights and was probably also used for gladiator fights. After a crisis in the 4th and 5th century, the city had a revival under the reign of Justinian in the 6th century, when the name Justiniapolis was adopted. Finally, in the 7th century the city was completely abandoned.

Hadrianopolis is nowadays an archaeological site that can be visited for free. The most impressive part that is left is the theater, which is still in a relatively good condition. The area around is actually also very beautiful with a large mountain range in the background.

How To Get To Hadrianopolis

Hadrianopolis is located just off the SH4, about 14 kilometers south of Gjirokastra and about 43 kilometers from Saranda. Hadrianopolis can best be reached by car, as it’s located pretty much in the middle of nowhere with no facilities or anything nearby. Hadrianopolis can be a great stop on the way or could be easily combined with a trip to other places, like The Blue Eye, Libohova Castle or Gjirokastra. If you don’t have your own transportation, you can rent a car, or alternatively take any bus between Saranda and Gjirokastra. 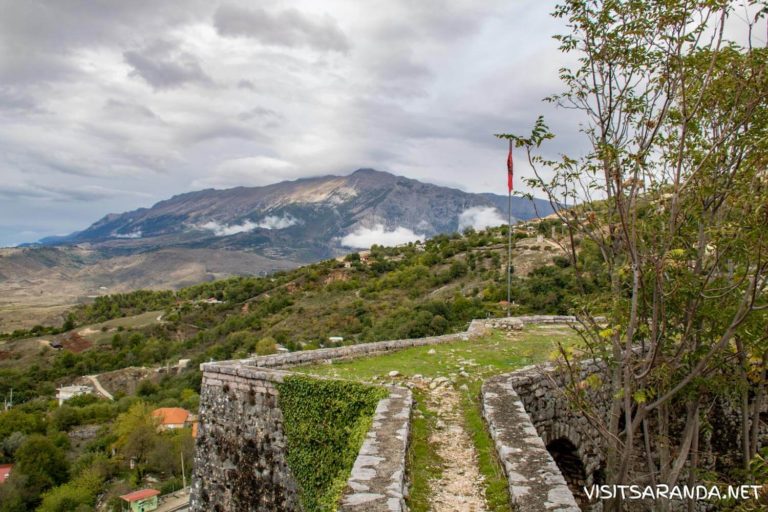 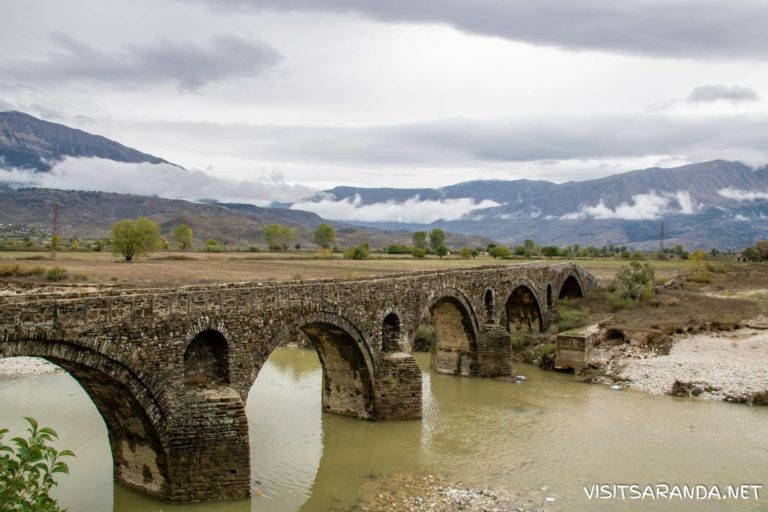 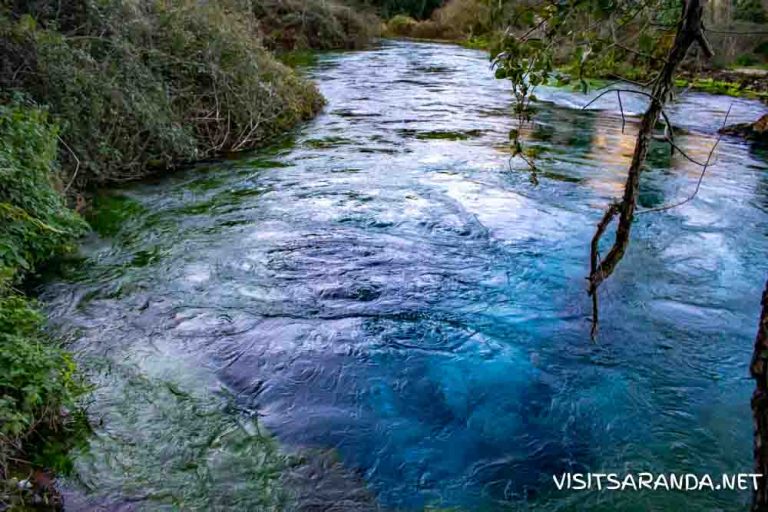